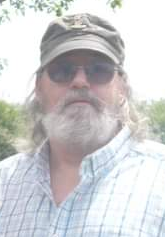 Wilson Richard Bollinger, Jr., age 70 of Austin, Minnesota, passed away Wednesday, January 13, 2021, at Mayo Clinic Hospital Rochester, Methodist Campus. Wilson was born to Wilson Sr. and Elizabeth Bollinger in Huntingdon, Pennsylvania, on February 5, 1950. He grew up and attended school in Pennsylvania and New York. In 1967, Wilson enlisted into the United States Air Force, serving until his honorable discharge. In December of 1976, he met the love of his life, Judy Nelson in the Twin Cities. The couple married on November 29, 1984 in Austin, Minnesota. Wilson’s job as a security guard made him travel many places including, Rhode Island, Panama City, and Arkansas. It was in Arkansas where he had a life changing injury, which brought his family back to Austin. Wilson’s hobbies included, deer hunting, shooting guns, casino trips, and playing scratch off tickets. He enjoyed spending time with his family, especially his grandchildren.

No services will be held at this time. Worlein Funeral Home of Austin is assisting the family with arrangements.

To order memorial trees or send flowers to the family in memory of Wilson Bollinger, Jr., please visit our flower store.