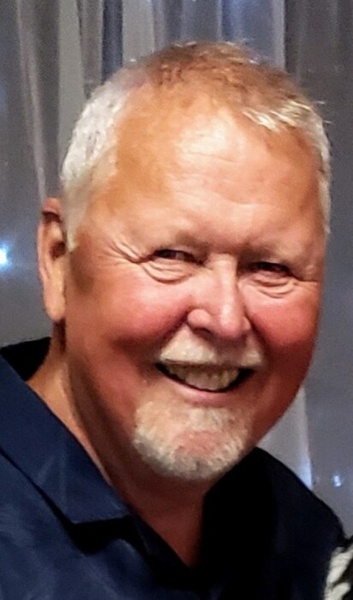 Wayne Martin Golberg, age 68 of Austin, Minnesota, passed away Monday, October 12, 2020, at Mayo Clinic Hospital Rochester Saint Mary’s Campus.  Wayne was born April 21, 1952 to Merlin and Norma (Swelland) Golberg in Austin, Minnesota.  He grew up in Austin and graduated with the class of 1970.  He went to Vo-tech in Austin following high school.  Following Vo-tech he worked at Concrete Units where he met his love of his life, Deanna (Freitag) and her daughter Jennifer (7).  The couple were united in marriage on July 14, 1979 and had their daughter Gina in 1982. Wayne worked at other various jobs until he found his ultimate dream job with MnDOT. During his 30-year career with MnDOT, he started in highway maintenance and ended his career as a Lead Supervisor.  He was a highly-respected friend and mentor in all of his positions.  He was very proud to retire in April 2018.  He was a member of St. Olaf Lutheran Church.  He enjoyed farming, camping, fishing, boating, and spending time at his camper at the lake. He collected model replica cars and enjoyed stock car racing and tractor pulls.  He was an avid Vikings fan and loved being a part of his Fantasy Football league “The Roadkill” and his team “The Good Old Boys”.  He finally built the garage of his dreams, labeled & organized everything and we nicknamed it Sears.  If you needed something, Wayne had it.  Wayne’s ultimate pride and joy was his Family.  He always put his family first, providing and ensuring they were always taken care of.  Wayne had the biggest smile and a heart to match.  He loved to laugh and be surrounded by his family and friends. He was always providing “suggestions” as to how he would do it, thus the phrase “What Would Wayne Do”.  He was always there to lend a helping hand to anyone who needed it.  He always taught his girls how to be independent and that they could obtain any goal they tried to reach by giving them confidence and support. He wasn’t just a dad, but a best friend. He always shared fond memories of his years growing up spending time with his cousins on the Farm. His grandchildren were always the sparkle in his eye and he didn’t miss anything they had going on.  His forever true love will always be his wife of 41 years, Deanna.

A memorial service will be held at 11:00 a.m. on Saturday, October 24, 2020 at St. Olaf Lutheran Church in Austin, Minnesota, with Pastor Mark Niethammer officiating. Visitation will be held from 4:00-7:00 p.m. on Friday, October 23, at Worlein Funeral Home in Austin. Interment will be in Oakwood Cemetery, Austin. Worlein Funeral Home of Austin is assisting the family with arrangements.

To order memorial trees or send flowers to the family in memory of Wayne Golberg, please visit our flower store.