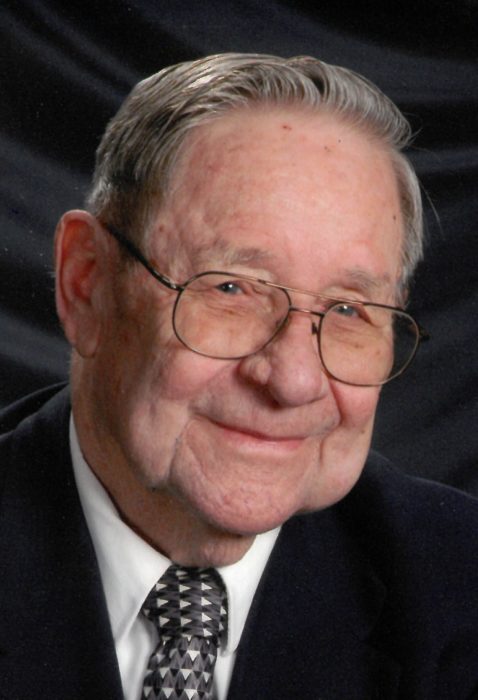 Warren Jacob Severtson, age 88 of Austin, Minnesota, passed away on Thursday, January 2, 2020 at St. Mark’s Living in Austin. Warren was born March 16, 1931, in Albert Lea, Minnesota, the son of Robert and Edna (Anderson) Severtson. He grew up in Albert Lea and graduated from Albert Lea High School in 1949. Following high school, Warren enlisted into the United States Navy, proudly serving his country from 1950-1954. On November 9, 1952, he married Beverly Nelson in Albert Lea. To this union three children were born, Paul, Mark and Doris. Warren and Beverly also enjoyed their time hosting two foreign exchange students, Grant Taylor from Australia and Marina Corvalan from Chile, whom they maintained a close relationship throughout the years. From 1966-1976, Warren owned the grocery store in Brownsdale, Minnesota. He also worked at Brownsdale Meat Service until his retirement in 1991. A lifetime member of the American Legion in Albert Lea, Warren enjoyed golfing, hunting, and traveling. In 2003, Warren and Beverly moved to Austin, Minnesota. He was involved in Ducks Unlimited and was very active in Our Savior Lutheran Church in Brownsdale, Minnesota, holding many positions including, elder/trustee. Warren was also very involved in civic activities in Brownsdale including, The Business Organization. He will be dearly missed by all who knew and loved him.

Memorial services will be held at 11:00 a.m. on Saturday, January 11, 2020 at Our Savior Lutheran Church in Brownsdale, Minnesota. Visitation will take place one hour prior to the service at the church on Saturday. Interment was held Grandview Cemetery, Austin. Military rites will follow the service at the church. Services are prearranged and performed with Worlein Funeral Home of Austin.

To order memorial trees or send flowers to the family in memory of Warren Severtson, please visit our flower store.