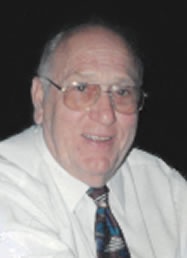 Virgil L. Anderley, age 94 of Austin, Minnesota, passed away peacefully Tuesday morning, February 5, 2019 surrounded by his loving family at Mayo Clinic Health System Austin. Virgil was born September 11, 1924 in Le Sueur, Minnesota to William and Margaret (Leftau) Anderley. He grew up in Le Sueur and graduated from Le Sueur High School. After high school, Virgil attended the Great Lakes Naval Academy in Michigan. He served his country proudly in the United States Navy for 4 years. On November 2, 1946, Virgil married Arlene Ross in Le Sueur. Their union was blessed with 7 children, Jerry, Dianne, David, Robert, Joan, Dennis, and Lisa. He and Arlene had fun no matter what they did, traveling, fishing, taking car trips anywhere, taking gambling trips, and going out to dinner. They enjoyed each other’s company and enjoyed each day they were able to share together. Virgil worked for Hormel in Austin, Minnesota as a chief operating engineer. He retired from Hormel in 1984, after 35 years. He was a member of the Queen of Angels Catholic Church and American Legion Post 91. Virgil loved fishing, hunting, and enjoyed going out to dinner with his friends and family. He was also a great neighbor and mechanic. Virgil will be dearly missed by all who knew and loved him.

Mass of Christian Burial will be held at 1:00 p.m. on Saturday, February 9, 2019 at Queen of Angels Catholic Church in Austin with Father Dale Tupper officiating. There will be a visitation from 4:00-8:00 p.m. on Friday, February 8, at the Worlein Funeral Home in Austin, and one hour prior to the service at the church on Saturday. Interment will be in Calvary Cemetery, Austin. Military honors by the American Legion Post 91 and V.F.W. Post 1216. A prayer service will be held at 7:00 p.m. Friday night. Memorials are preferred to the family. Worlein Funeral Home of Austin is assisting the family with arrangements.

To order memorial trees or send flowers to the family in memory of Virgil Anderley, please visit our flower store.