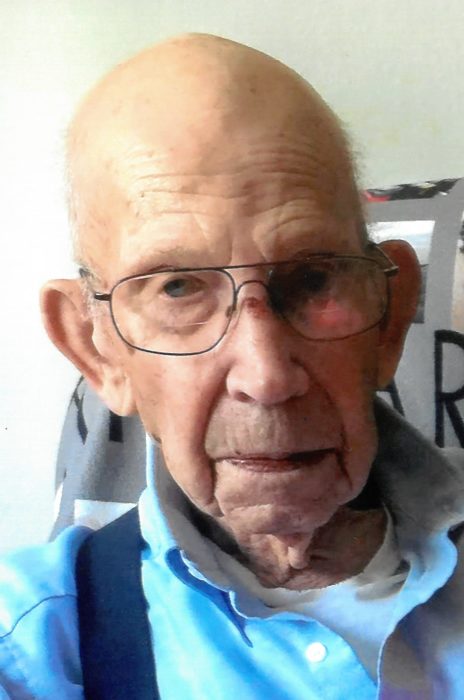 Verner J.  “Bud” Harrington, age 95 of Austin, Minnesota, passed away Sunday, September 29, 2019 at his apartment in Lake City, Minnesota. Verner was born December 7, 1923 in Red Rock Township, Minnesota, the son of Verner and Iva (Noffsinger) Harrington. On October 5, 1942, he entered the United States Navy serving during WWII. He was honorably discharged on January 8, 1946. On March 4, 1950, Verner was united in marriage to Faye Nelson in Austin. Together the couple had five children. In 1951, he started his career at Hormel Foods and retired in 1982. Verner was a member of the American Legion Post 91 and lifetime member of the V.F.W. Post 1216. He enjoyed walking, fishing, and camping. Verner will be dearly missed.

Memorial services will be held at 11:00 a.m. on Friday, October 4, 2019 at First United Methodist Church in Austin with Pastor Donna Dempewolf officiating. Visitation will be held from 4:00-7:00 p.m. on Thursday, October 3, at Worlein Funeral Home in Austin and will continue for one hour prior to the service at the church on Friday. Interment will be in Lansing Cemetery. Military honors are American Legion Post 91 and V.F.W. Post 1216. Memorials can be directed to the Wounded Warrior Project. Services are prearranged and performed with Worlein Funeral Home of Austin.

To order memorial trees or send flowers to the family in memory of Verner Harrington, please visit our flower store.