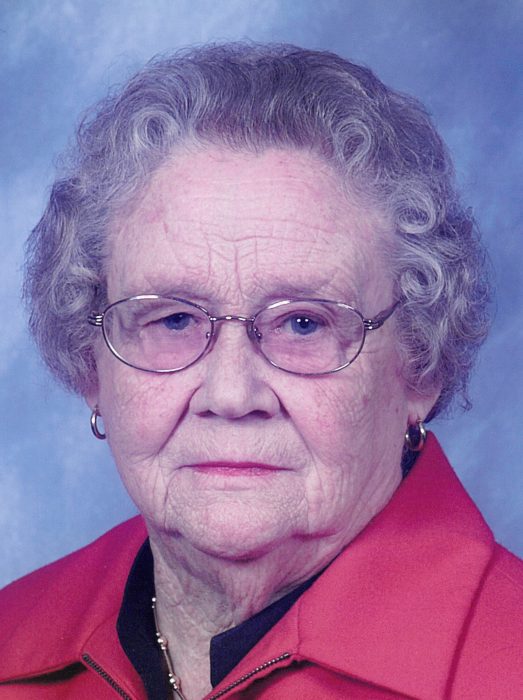 Vera M. Underdahl, age 99 of Austin, Minnesota, passed away Thursday, August 8, 2019 at St. Mark’s Living in Austin. Vera Mae Bossart was born November 9, 1919 in Didsbury, Alberta Canada, the daughter of LaRue and Edith (Longland) Bossart. On September 12, 1941, Vera was united in marriage to Everett Underdahl in Cresco, Iowa. She was a wonderful homemaker and a member of St. Olaf Lutheran Church in Austin.

Survivors include her son, Steven Underdahl of Littlefield, Arizona; and many other relatives and friends. She was preceded in death by her parents, LaRue and Edith Bossart; and her husband, Everett Underdahl.

Memorial services will be held at 1:00 p.m. on Wednesday, August 14, 2019 at Worlein Funeral Home Chapel in Austin. Visitation will be held fifteen minutes prior to the service at the funeral home on Wednesday. Interment will be in Oakwood Cemetery, Austin. Memorials can be directed to recipient of donor’s choice. Worlein Funeral Home of Austin is assisting the family with arrangements.

To order memorial trees or send flowers to the family in memory of Vera Underdahl, please visit our flower store.