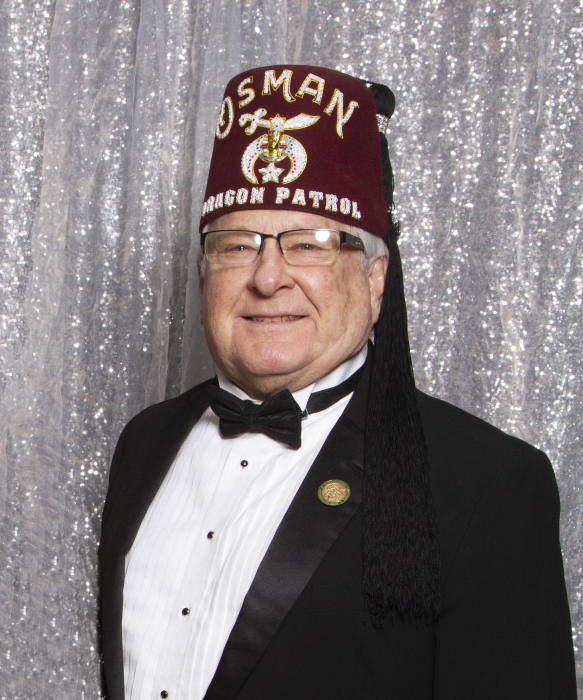 Timothy Kelly Bass, age 74, of Blooming Prairie, Minnesota, passed away Thursday, April 14, 2022, at St. Mary's Hospital in Rochester with his wife Sandy Kae and all of his children at his side.

Tim was born November 5, 1947, in Boone, Iowa to Ray and Audrey (Kelly) Bass. Tim attended Grade School at Maple Grove Elementary School in Des Moines, Iowa.  He moved to Minnesota at the age of 10, and attended one year of school in Blooming Prairie before transferring to the Claremont School District. Tim graduated from Claremont High School in 1966.

Tim started his military career being drafted into the armed service, he joined the Army and reported to duty on September 20, 1967.  He was honorably discharged on August 28, 1969. Tim spent his entire military career in Erlangen, Germany.  He was with the Tank Division first being a driver and then promoted to lead gunner on the lead tank, and was a member of the Screaming Eagles. While there he was able to visit many beautiful places with his favorite being in the mountains of Zugspitze where you could stand and see the countries of Germany, Austria, Italy and Czechoslovakia from one spot.

In 1967 returned home and to his job at Crenlo in Rochester before taking a new position with Peoples Natural Gas/Minnesota Energy Resources.  He worked there for 40 years retiring in 2012.

On July 13, 1974, in Blooming Prairie Timothy was married to the love of his life, Sandy Kae Lindquist of Blooming Prairie at the First Lutheran Church.  They would make Blooming Prairie their home for the next 48 years during this time they were blessed with four wonderful children, Heidi, Heather, Nicholas and Tyler; as well as seven grandchildren.  Tim and Sandy Kae were lucky enough to renew their wedding vows at one of Tim's favorite places, on the beaches of Oahu, Hawaii on July 12, 2019, for their 45th Anniversary.

Tim was very active in his community and church.  He was a board member and member at large at the United Methodist Church of Blooming Prairie and Lansing until the churches closed.  Then he became a member of the First Lutheran Church of Blooming Prairie.  He was a member of the American Legion, the Blooming Prairie JC's, earning one of its highest awards the John H. Armbuster KEYMAN Award in 1984, and received the JC's Statesman Award in 1985.  Tim was also very active in the Chamber of Commerce in Blooming Prairie, working at various events and being very involved with the 4th of July celebration being both Chairman and Parade Co-Chair with his wife for over 20 years. He was a 50-year member of the Mason's, serving as Master three times for Prairie Lodge #123 and was currently a member of Fidelity Lodge #39 of Austin.  He was a member for over 25 years with the Order of the Eastern Star #177 serving as Worthy Patron in 1977-1978.  Tim was very active in the Shrine, belonging to the Osman Temple Shrine, being a member for 49 years and receiving the highest honors they give known as the Temple Jewel in 2018 only being the 34th to receive this award in the history of the Osman Shrine at it's time.  He was a member of the Rochester Dragon Patrol serving as President in 2018, the Rochester Zagalas, the Austin Shrine Club and the Oriental Band.

When not volunteering, Tim was supporting and attending all of his kids and grandkids school and sporting events regardless of where they might be.  He was a very active with the Boys Scouts being a Scout Leader for over 10 years.  He enjoyed Corvettes, classic cars and boats.  He loved quality family time boating on the Mississippi River in La Crosse, Wisconsin where they docked their boat for over 18 years.

Tim's pride and joy are his kids, he loved them so much and was excited to see them succeed in life with a good education and a good job; only to be prouder when he was promoted to being called Papa and Papa Sandy by Brooks. After his retirement he took on the new job of chauffeur, gladly taking his grandkids to preschool or picking them up from it, to dance class, or whatever event they needed to go to.  He also became and extra Papa to little ones that needed one when they came to his home for Daycare.

He was preceded in death by his parents, Ray and Audrey Bass, in-laws Edward and Virginia Lindquist, Sister and Brother in-law Marsha and Stan Pacolt.

A special thank you - for the excellent care that was given to Tim during his illnesses and hospitalizations over the past two years, to the Blooming Prairie Ambulance Crews, Mayo Health System in Austin and to their great ER teams, and to the St. Mary's Hospital in Rochester for the compassion and excellent care he received on 6-B Mary Brigh, and to his doctors and nurses, especially Doctors Carol and Scott Holtz.

To order memorial trees or send flowers to the family in memory of Timothy "Tim" Bass, please visit our flower store.