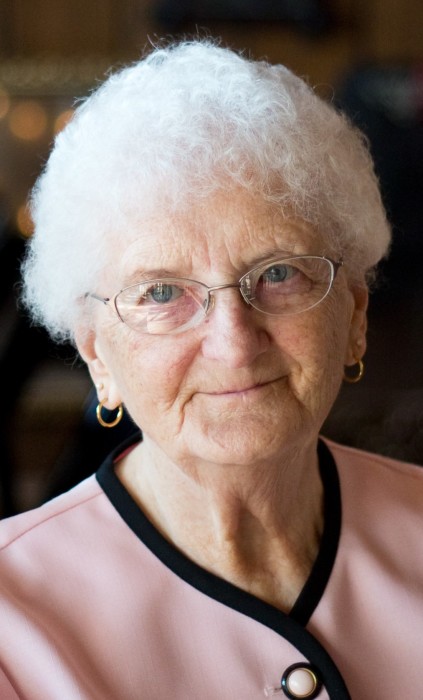 Thresia Irene Heimerman, age 92 of Blooming Prairie, Minnesota, passed away Monday, April 27, 2020 at Prairie Manor in Blooming Prairie, Minnesota.  On February 24, 1928, Thresia was born to Joseph & Catherine (Fischer) Schmidt in Stacyville, Iowa.  She attended country school until 8th grade, and on September 25, 1946, Thresia married John Heimerman at St. Peter’s Church in Rose Creek, Minnesota, and they had nine children.  She loved being a homemaker to her family, while farming with John until 1974 when they then moved to Albert Lea and lived there for 21 years.  Throughout the years, Thresia worked at Naeve Hospital in Albert Lea performing housekeeping and laundry duties from 1976 to 1991.  The two later moved back to Blooming Prairie in 1995.  Thresia’s true passion was dancing, and they belonged to the Stateline Polka Club and Polka of A Club.  When Thresia wasn’t dancing up a storm, she was sewing, baking cookies and bread, or reading.  She served as President of the Council of Catholic Women at St. Mary’s Catholic Church in Newry and was currently a member of St. Columbanus Catholic Church, Blooming Prairie, MN.

A private family service and interment will be held at St. Columbanus Cemetery, Blooming Prairie.

To order memorial trees or send flowers to the family in memory of Thresia Heimerman, please visit our flower store.