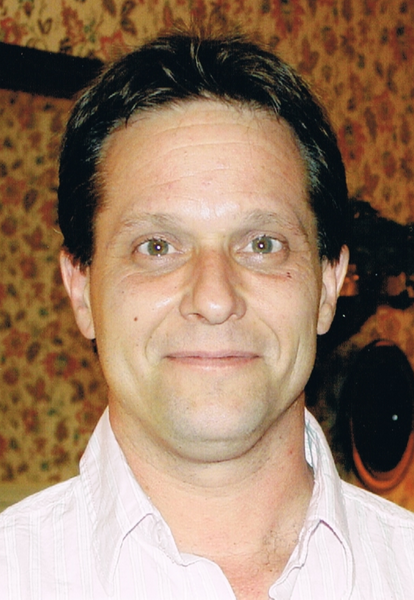 Steven Bruce Richardson was born in Austin, MN on April 21, 1965. He lived the majority of his years in Austin. He struggled with cancer for the last two. He passed away at home with family on Saturday, July 23, 2022, at the age of 57.

His parents are Liz and Bruce Richardson. He followed two siblings, Jaqui Callahan and Kent Richardson. Steve attended Austin High School and later took some classes at Riverland Community College and worked as an aid in the science department. Eventually he found himself at Viracon as a glass fabricator, where he ended up staying for over 30 years working in various departments.

Steve was a constant learner throughout his life, sharing that knowledge with his three children. Steve would pick up new hobbies at the drop of a hat and could fix nearly anything. His hobbies ranged from wood working, stained glass, jewelry making, building aquatic environments, paintballing, and 3-D printing.

He had a knack for fixing vehicles, helping keep his children's cars stay alive for as long as possible. His children are Zachary Tolman, Elizabeth Richardson, and Cara Richardson. He has one grandchild from his oldest son, Zach and fiancé, Jenny Beckel, named August Raymond Tolman. Steve is loved by many and will be missed greatly.

His remembrance gathering will be taking place at First Congregational Church in Austin on Thursday, July 28th, from 5:00-7:00 pm. It will be an open house during this time, where all are welcome to come celebrate the life of Steve Richardson, share stories, and connect with his family.

A special thanks to friends, family, and to the Mayo Hospice staff who provided aid and comfort during his fight with cancer. Memorial funds can be directed to Hormel Institute for cancer research.

Worlein Funeral Home of Austin assisted the family with arrangements.
To order memorial trees or send flowers to the family in memory of Steven Bruce Richardson, please visit our flower store.