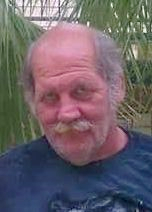 Steven Dale Jorgenson, age 61 of Austin, Minnesota, passed away Tuesday, October 29, 2019 at his home in Austin. Steve was born February 14, 1958, to Dale Gallaher and Marilyn Jorgenson in Austin.  He was raised in Austin and attended and graduated from Austin High School.  On August 16, 1997, Steve was united in marriage to Gail Randall at Catherine Island in Albert Lea.  He was a member of the St. Olaf Lutheran Church.  Steve worked for Hormel for over 17 years.  Steve enjoyed watching the Vikings and the Minnesota Twins.  He was especially interested in basketball games as his daughter Jazzmyn played in school.  He also enjoyed traveling, fishing with his daughter, conversing with friends and family, challenging his skills on Pogo and loving the great outdoors.  His lifelong dream was to take his family to Norway. Steve will be greatly missed by his family and friends.

Survivors include his daughter, Jazzmyn of Austin and step-son Matthew Niesen of Brainerd.  His Siblings:  Tom Gallaher (Joanie) of Austin, Suzie Gallaher of Atlanta Georgia and Jeannie (Tom) of Rose Creek, lifelong friends Mark Flecke and Nate Swanson, his favorite Aunt Harriet Greeley along with many nieces, nephews and cousins. Steve is preceded in death by his wife Gail and step-daughter Courtnee Marie Niesen and Grandparents Martin and Caia Jorgenson.

A Memorial service will be held at 2:00 p.m. on Wednesday, November 6, 2019 at Worlein Funeral Home Chapel in Austin with Rev. George Marin officiating. Interment will be determined at a later date.  Visitation will be one hour prior to the service at the funeral home on Wednesday. Worlein Funeral Home of Austin is assisting the family with arrangements.

To order memorial trees or send flowers to the family in memory of Steven Jorgenson, please visit our flower store.