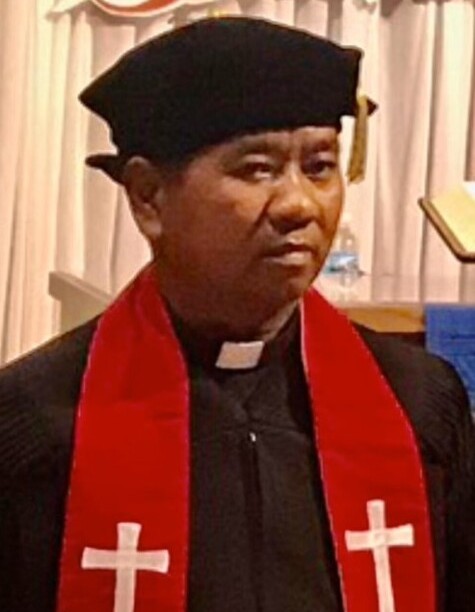 Soe Min Myat, age 53, of Austin, Minnesota, passed away on Monday, December 20, 2021 at OSF – St. Mary Medical Center in Galesburg, Illinois. Soe was born on September 25, 1968, in Mawlamyine, Burma, to Than Sein and Tin Aye. He immigrated to the United States 25 years ago and made his home in Austin, Minnesota. In 2009 Soe was united in marriage to Paw Eh in Salt Lake City, Utah. Together the couple had two daughters, Julia Myat and Sushin Myat. He attended Bible College and graduated in 2014. After graduation Soe served his faith community as a pastor in Austin and St. Paul, Minnesota. Soe was always concerned about others and put their needs first. His faith was very important to him and he shared it with everyone wherever he went. Soe loved God, his family, children, and his community. He loved making people happy and telling jokes, especially to his daughters. He will be greatly missed by all who knew and loved him.

Soe is survived by his wife, Paw Eh; daughters, Julia and Sushin Myat; and two brothers and two sisters in Burma. He was preceded in death by his parents, Than Sein and Tin Aye.

Soe was a man of God and continued serving him until his very last breath.

The funeral service for Soe will be held at 11:00 a.m. on Tuesday, December 28, 2021, at Bethlehem Free Methodist Church in Austin, Minnesota. Visitation will take place one hour prior to the service at church. Interment will be at Oakwood Cemetery in Austin, Minnesota. Worlein Funeral Home of Austin is assisting the family with arrangements.

To order memorial trees or send flowers to the family in memory of Soe Myat, please visit our flower store.