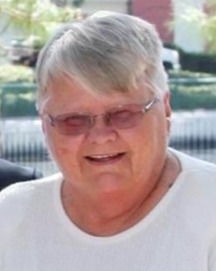 Ruth “Ruthie” A. Anderson, age 73, of Austin, Minnesota, passed away on Sunday, October 30, 2022, at Mayo Clinic Hospital Rochester, Saint Marys Campus. Ruth Ann Jacobson was born May 6, 1949, in Austin, Minnesota, to George and Violet (Otto) Jacobson. She grew up and attended school in Austin, graduating from Austin High School in 1967. Ruthie was united in marriage to her sweetheart Marlin “Marley” Anderson in September of 1968, two weeks before Marley left for Vietnam. They recently celebrated 54 years of marriage. The couple moved to Germany while Marley was in the service and then returned to Austin following his honorable discharge. Ruthie worked as a housekeeper for many homes and cleaned the police station. She enjoyed sewing, word finds, playing solitaire, collecting cow figurines, and painting customized wooden names that Marley created. Her toughest job was keeping Marley in line. Ruthie will be greatly missed by all who knew and loved her.