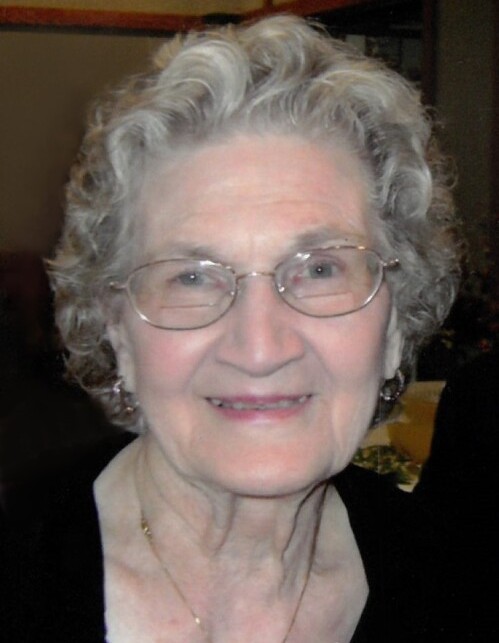 She was born February 10, 1929, in Lyon County, Minnesota to George and Alma Hammer, one of four children. Ruth was baptized and confirmed at Hemnes Lutheran Church, attended country school, and graduated from Minneota High School. After graduating from the Minnesota School of Business, she worked as a secretary at General Mills.

On June 25, 1949, she was married to Kermit Hoversten, and they celebrated their 70th wedding anniversary prior to his death. Throughout her life, Ruth's heart overflowed with love, compassion, and patience. She was a devoted wife to her lifelong love, Kermit, and a dedicated mother, grandmother, and great grandmother.

An avid reading enthusiast with a penchant for crossword puzzles, Ruth had many gifts and talents including sewing for her family, baking delicious pies and cakes, and making ceramic creations. Ruth could be a fierce competitor and played bridge with friends for many years.

Her husband called her thick chestnut hair her "crowning glory," and Ruth had an impeccable sense of fashion style, always taking care with her appearance. When "The Lawrence Welk Show" came on the television, the living room was transformed into a terpsichoreon ballroom as she danced with her favorite partner, Kermit.

With her tender heart, she loved children and cats, and both often sought her out. Her smile was radiant, and she was kind to all.

She was preceded in death by her husband, Kermit Hoversten; parents, George and Alma Hammer; siblings, Allan Hammer, Mary Lou Moccia, and Janice Kingsley; and many beloved brothers-in-law and sisters-in-law.

Funeral services will be held at 11:00 a.m. on Saturday, March 26, 2022, at Our Savior's Lutheran Church in Austin. Visitation will take place one hour prior to the service at the church on Saturday. Interment will be in Oakwood Cemetery, Austin. Please send memorials to the charity or recipient of the donor's choice. The family would like to thank the staff of The Cedars of Austin and the Mayo Clinic Hospice for the care they gave Ruth. Worlein Funeral Home of Austin is assisting the family with arrangements.

To order memorial trees or send flowers to the family in memory of Ruth Hoversten, please visit our flower store.