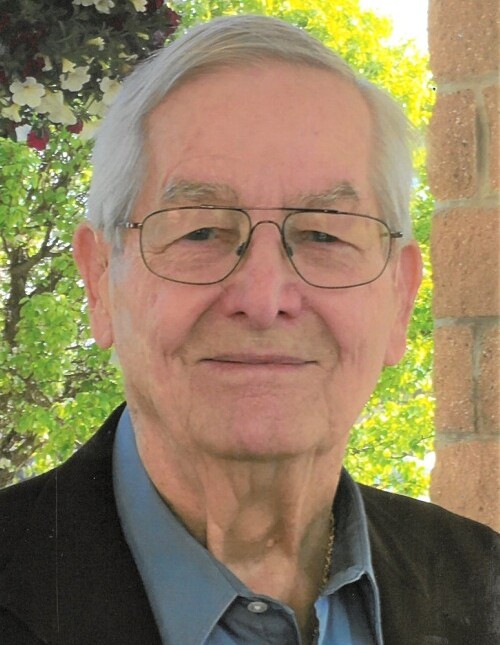 Russell Elsworth Vaale, age 95, of Austin, Minnesota, passed away on Monday, August 2, 2021, at Shakopee Friendship Manor in Shakopee, Minnesota. Russell was born in Lake Mills, Iowa to Edwin and Emma (Otto) Vaale on June 5, 1926. He attended country school Bristol School District #3 and graduated from Lake Mills High School in 1944. Following graduation, Russell enlisted into the United States Army Air Corps. proudly serving his country from 1944 until 1946. On November 16, 1946, Russell was united in marriage to Mabel Helland at Lime Creek Lutheran Church near Emmons, Minnesota.  They were married for 68 years. The couple moved to Austin, Minnesota in 1948, and raised three daughters.  Russell worked for Hormel Foods in Austin, where he held a union time study position for over 30 years when he retired in 1988. He was a member of Our Savior’s Lutheran Church, Mower County Senior Center, and the Austin Wood Carving Club. Russell loved golfing, woodcarving, and wintering in Texas with his wife, Mabel for 16 years. He will be dearly missed by all his family and friends.

A memorial service will be held at 11:00 a.m. on Saturday, August 7, 2021, at Our Savior’s Lutheran Church in Austin. Visitation will take place from 5:00-7:00 p.m. on Friday, August 6, at Worlein Funeral Home in Austin and will continue for one hour prior to the service at the church on Saturday. Interment will be Grandview Cemetery, Austin. Memorials are preferred to Our Savior’s Lutheran Church or the Mower County Senior Center. Services are prearranged and performed with Worlein Funeral Home of Austin.

To order memorial trees or send flowers to the family in memory of Russell Vaale, please visit our flower store.