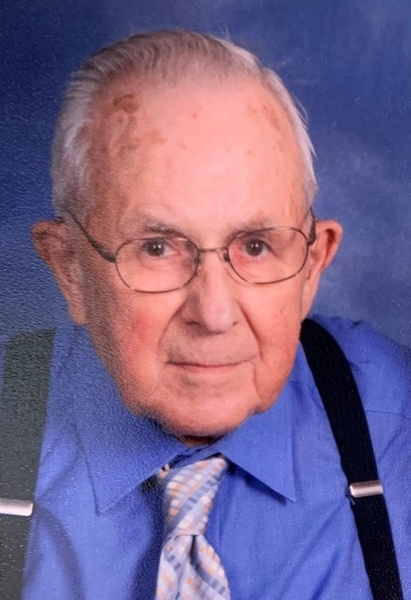 Roy Allen Norland, age 92 of Austin, Minnesota, passed away Saturday, March 6, 2021, at St. Mark’s Living. He was born May 12, 1928 in Paulina, Iowa, to Stanley and Alice (Lees) Norland, attended grade schools in the Austin area, and was a Class of 1946 graduate from Adams High School where he was a member of the football team. On April 30, 1949, Roy was united in marriage to Urma Steinbrink at Grace Lutheran Church Parsonage in Austin. The couple shared 71 years of marriage and together raised four children. He worked in the machine shop at Hormel Foods from 1946 until his retirement 1985. He was a union shop steward and referred to by many as “the peacemaker”.  Roy was a member of Grace Lutheran Church where he served as usher, Council member and Sunday School helper. He was active in the pheasant-rearing program at the Cedar Valley Conservation Club. He enjoyed fishing, camping, and traveled both across Europe and the U.S., including spending several winters with Urma traveling across the country in their motorhome.

Roy was a faithful Monday morning volunteer and board member of the Grandview Cemetery Association until health prevented him from doing so, and was recently honored for his services.  He enjoyed learning and experiencing new things, was always helping others, and could fix just about anything. His primary focus was his family. Roy loved sharing his mechanical knowledge with his children and treasured the time he spent with both his grandchildren and great-grandchildren. Roy impacted the lives of everyone who knew him and will be dearly missed by all his family and friends.

To order memorial trees or send flowers to the family in memory of Roy Norland, please visit our flower store.