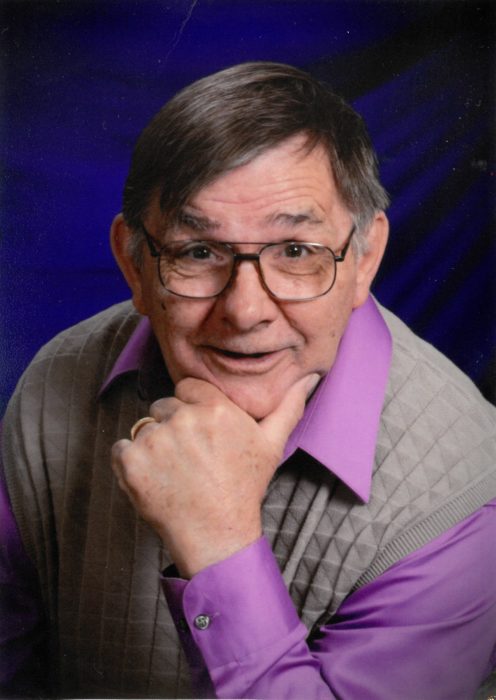 Ronald Edwin Newkirk, age 75, of Austin, Minnesota, passed away Sunday, February 2, 2020, at St. Mark’s Nursing Home in Austin. Ronald was born on December 6, 1944, to Edward and Dorothy (Salisbury) Newkirk in Austin, Minnesota. Ronald grew up in Adams, and graduated from Adams High School in 1962.  After graduation, Ronald entered the Air Force and served his country from 1962 to 1966.  Ronald also attended some college classes in Cedar Falls, Iowa.  Ronald enjoyed working for approximately 22 years as a custodian at the Austin YMCA. On July 17, 1999, he married Lori Flattum in Austin, Minnesota. Ronald was an amazing man who was dedicated to service, and showed it as being a life-long member of the Adams American Legion Post 146. Ronald was also an active member of the First United Methodist Church in Austin, Minnesota, where he loved to usher for services. Ronald was an amazing grandfather, loved his grandchildren dearly, and enjoyed spending his free-time with them.  Ronald also loved his little dog, Odie, and was a passionate sports fan of all Minnesota sports teams. He will be dearly missed by all who knew him.

Funeral services will be held at 11:00 a.m. on Friday, February 7, 2020 at the United Methodist Church in Dexter, MN. Visitation will be held from 4:00-7:00 p.m. on Thursday, February 6, at Worlein Funeral Home in Austin and will continue for one hour prior to the service at the church on Friday. Interment will be in Dexter Cemetery, Dexter, MN. Military rites performed by Adams American Legion Post 146. In lieu of flowers, memorials are preferred to the family. Services are prearranged and performed with Worlein Funeral Home of Austin.

To order memorial trees or send flowers to the family in memory of Ronald Newkirk, please visit our flower store.