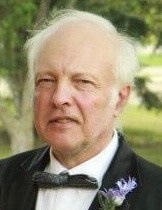 Ronald Emil Hammermeister, age 72, of Austin, Minnesota, passed away on Thursday, November 18, 2021, at St. Mark’s Living surrounded by his family. Ronald was born May 28, 1949, in Austin, Minnesota to Arnold and Arlene (Schwartz) Hammermeister. He graduated from Elkton School in 1967 and later received degrees from Austin Vocational School in Agriculture and Welding. On July 2, 1983, Ronald married Glenda Klatt at Emmanuel Lutheran Church in rural Watertown, South Dakota. They were blessed with three children and lived on the same farm in which Ron was raised in rural Rose Creek, Minnesota. Ron was a dedicated farmer his entire life, together he and his brother, David, raised hogs, crop farmed, and were licensed dealers for Renk Seed Company operating under the name Hammermeister Brother’s Seed. In the summer of 1984, Ron began driving grain truck for Austin Grain. In addition to these, Ron began his 26-year career at Hormel in 1985. He was a lifelong member of Trinity Evangelical Lutheran Church in Dexter, Minnesota where he was baptized and confirmed. Ron enjoyed being involved in FFA and 4-H activities with his children dedicating much of his time to activities at the Mower County Fair. He came from a generation where he was able to fix everything on the farm himself and could always be found outside tinkering around. He was an avid supporter of all things John Deere, Minnesota Vikings, and Minnesota Twins. As a lover of the outdoors, you could always count on Ron to have a large vegetable garden that he was always willing to share from. He was known for his sense of humor with some of the best one-liners and could always be found playing pranks or snickering at jokes giving himself the nickname of “Trouble.” He was an incredibly proud husband, father, grandfather, and Opa, and loved his family with his whole heart. He will continue to be so very loved and he will be greatly missed by his family and those who knew him.

A memorial service will be held at 11:00 a.m. on Monday, November 22, 2021, at Worlein Funeral Home Chapel in Austin. Visitation will take place one hour prior to the service. Private family interment will take place at a later date in Trinity Lutheran Cemetery, Dexter, Minnesota. Worlein Funeral Home of Austin is assisting the family with arrangements. In lieu of flowers, memorials can be made to the Mower County Fair.

To order memorial trees or send flowers to the family in memory of Ronald Hammermeister, please visit our flower store.