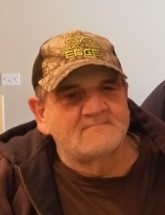 Roger Allen Robitaille, age 62, of Austin, Minnesota, passed away on Friday, August 27, 2021, at his home in Austin. Roger was born August 2, 1959, to Nelson and Pearl (Bolster) Robitaille in Iron Mountain, Michigan. He attended high school in Iron Mountain. On May 13, 1995, Roger married Barbara Helfrich in Cannon Falls, Minnesota. The couple made their home in Austin, Minnesota, where Roger worked as a handy man around town. He loved cooking, camping, and working on cars, especially derby and stock cars. Roger was a great man that would help anyone in need. He will be dearly missed by all who knew and loved him.

A memorial service will be held at 11:00 a.m. on Thursday, September 2, 2021, at Worlein Funeral Home Chapel in Austin. Visitation will take place one hour prior to the service. Interment will be in Oakwood Cemetery, Austin. Worlein Funeral Home of Austin is assisting the family with arrangements.

To order memorial trees or send flowers to the family in memory of Roger Robitaille, please visit our flower store.