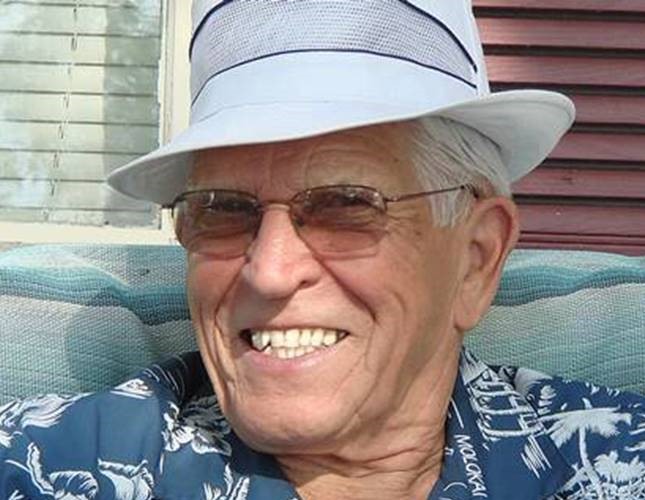 As an industrious youth, he worked on the railway at age 16, and after being turned down at age 17 to join the Navy, he returned a month later to the recruiting office with a ‘new’ birthdate and was (unknowingly) accepted at 17 YOA where he served in the Navy in the WWII South Pacific Theater as a machinist and 1st Class Fireman.

He worked as a mechanic in Los Angeles, CA, in Austin, MN for Nash and Studebaker, Austin Carburetor and Electric, Usem Chevrolet/Olds/Cadillac.  He owned and operated Trailer Village Mobile Home Park, and Berg’s City Service auto repair shop for 10 years.

On June 12, 1949, he married Dolores (Laurie) Ewald in Los Angeles, CA.  Laurie was living with her sister and working for an auto insurance company in downtown LA.  A year later they moved to Faribault, MN to take over his Father’s Chrysler Dealership, and purchased their first home for $2500.  After 2 years, he accepted an offer to work in Austin Minnesota, where he and Laurie lived and raised their family.  They moved to Rochester, MN in 2020.

Bob was a child of God, a devoted husband and wonderful father.  He will be greatly missed.

A private family service will be held. Worlein Funeral Home of Austin is assisting the family with arrangements.

To order memorial trees or send flowers to the family in memory of Robert Berg, please visit our flower store.