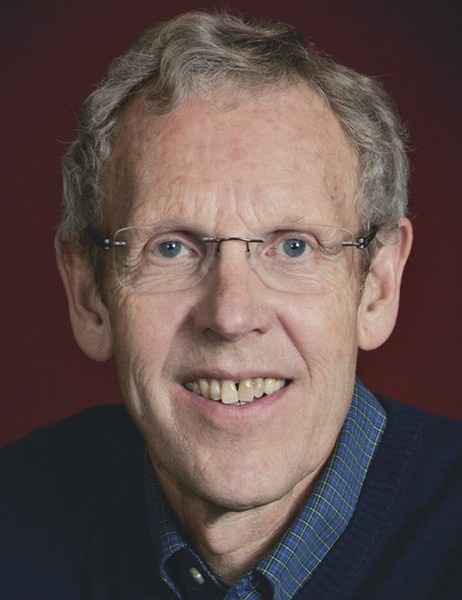 Rick was born in Pittsburgh on November 21, 1951. He grew up in Roseville, Minnesota, spending summers on the St. Croix River. A starting player on the Alexander Ramsey High School basketball team, he still revered the coach who led the team to the state tournament.

He attended St. Olaf College, where he met his beloved wife, Karen. One of his favorite memories was playing a pickup game of football in deep snow with his friends in college. For the rest of his life he enjoyed trout fishing the streams of the Driftless Area and duck hunting on the Mississippi River with one of those college friends.

In 1976 he earned a master’s degree in organic chemistry from the UW–Madison and began working for Hormel R&D. He became Director of Applied Research at Hormel, where several patents include his name. He demonstrated strong loyalty to the company and respect for his colleagues.

After retiring from Hormel in 2011, Rick continued to be active and inquisitive. One of his first retirement adventures was sailing around Cape Horn. For the past three winters he captained sailing trips in the Caribbean for his siblings. He planned memorable trips for family and friends, including to the Boundary Waters, WWI battlefields of France (retracing his grandfather’s footsteps), and ancestral homesteads in Norway. As a trip guide abroad, he included just the right mix of educational programming, hiking, good food, and alone time.

Very active in the Austin community, Rick cooked for church dinners and at the St. Olaf Church booth during the Mower County fair. He was a key volunteer for the Science Fair Mentoring Project.

For over three decades, Rick was a member of a very special book club, which he said pushed him to read difficult books that he might not have attempted otherwise. He enjoyed the discussions and admired the intellect of his fellow readers.

Rick was a loving and supportive brother, husband, and father, always making time and being there for his family. He traveled around the country to cheer on his marathon-running daughter. He fixed up the older home that his younger daughter and son-in-law bought in Minneapolis. She grew closer to him as he cared for their children and showed them how to do things around the house, calling to say, “Hi, it’s your contractor.” Similarly, he helped his son and daughter-in-law when their son was born, and he and Karen often traveled to Madison to visit them. Rick was thrilled to become a grandfather and was very active in his grandchildrens’ lives. It is sad to think that he will not be here to teach his grandchildren how to fish.

A man of great integrity, Rick exhibited Christian humility and brought the family together with love (and food). He set an example that will have an enduring impact on those who knew him.

Rick was preceded in death by his mother Joan, and father Richard. He is survived by his wife Karen; brother David (Daphne); sister Susan; son Peter (Alyson); daughters Anne and Kristin (Cole); and grandchildren Wes, Lars, and Anja.

Visitations will be held on Friday, November 8, from 4:00 - 7:00 p.m., at St. Olaf Lutheran Church in Austin, MN, and for an hour before the funeral service, which will be held on Saturday, November 9, at 11:00 a.m., at St. Olaf Church in Austin, MN. The burial will be private in Afton, MN. Memorials are preferred to The Carter Center or the St. Olaf Lutheran Church Endowment Fund. Worlein Funeral Home of Austin is assisting the family with arrangements.

To order memorial trees or send flowers to the family in memory of Richard "Rick" Herreid, please visit our flower store.