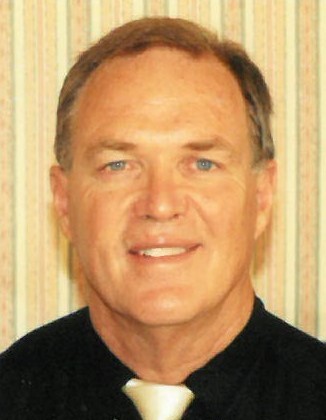 Richard “Dirk” Dirke Stone , age 74, of Austin, Minnesota, passed away on January 31, 2022, at Mayo Clinic Hospital Rochester, Saint Marys Campus. Dirk was born in Davis, California, to William and Eleanor (Boone) Stone on December 23, 1947. He graduated from Point Loma High School in San Diego, California. Dirk then went on to receive his bachelor’s degree from Mankato State University in Mankato, Minnesota and eventually his master’s degree from Indiana University of Pennsylvania in Indiana, Pennsylvania. Dirk served in the United States Army for two years and in the National Guard for five years and four months. On September 11, 2002, he married Hannah Farnacio Paco in San Jacinto, Philippines. Dirk worked as a teacher for Pacelli High School in Austin, Minnesota, teaching English, Science, and most recently Latin. Dirk lived all over the world and learned several languages. He climbed mountains, went to several national landmarks, and became closer to God throughout the years. He belonged to Knights of Columbus, donated blood to the blood bank, and donated financially to those in need within the Austin community and World Vision, especially in the Philippines. Dirk loved being with family, walking his dog, Moose, getting together with friends, watching tv shows and movies, and cooking spaghetti. He enjoyed gardening, doing yardwork in the spring, and shoveling snow in the winter. He loved playing many sports including golf, football, rugby, basketball, and especially baseball. Dirk will be remembered as a happy man who loved to teach. He was a kindhearted man, loving husband, father, and friend, and he will be dearly missed by all who knew and loved him.

A Mass of Christian Burial will be held at 11:00 a.m. on Saturday, February 5, 2022, at St. Edward's Catholic Church in Austin. A visitation will take place from 4:00-7:00 p.m. on Friday, February 4, at Worlein Funeral Home in Austin with a prayer service starting at 6:45 p.m. Visitation will continue for one hour prior to the service at the church on Saturday. Worlein Funeral Home of Austin is assisting the family with arrangements.

To order memorial trees or send flowers to the family in memory of Richard Stone, please visit our flower store.