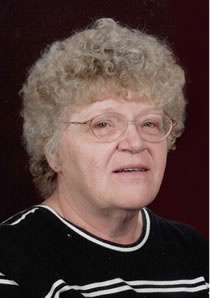 Rebecca “Becky” Anne Gilson, age 74 of Austin, Minnesota, passed away Friday, February 8, 2019 at Good Samaritan Society – Comforcare, Austin. “She put up a fight that Muhammad Ali would be proud of.” Becky was born on August 21, 1944 in Albert Lea, Minnesota to LaRoyce and Maxine (Stene) Gilson. She attended Austin High School and graduated in 1962. After high school, Becky attended the Vo-Tech in Austin for nursing. She made her career as a nurse working for nearly 50 years at the Austin Medical Center. Becky was a member of the Grace Lutheran Church in Austin, where she also volunteered in her free time. Her hobbies included, reading mystery books, going to garage sales, playing bingo, casino trips, rooting for the Twins, taking care of her pets, coin collecting, and gardening. She also enjoyed watching Wheel of Fortune, The Weather Channel, Fixer Upper, and My Lottery Dream Home on HGTV. Becky will be dearly missed by all who knew and loved her.

Memorial services will be held at 11:00 a.m. on Thursday, February 14, 2019 at Grace Lutheran Church in Austin with Pastor Patrick Ziems officiating. Visitation will be held one hour prior to the service at the church on Thursday. In lieu of flowers family prefers memorials be directed to the American Cancer Society or to the family. Worlein Funeral Home of Austin is assisting the family with arrangements. Condolences may be expressed to the family online at www.worlein.com.

To order memorial trees or send flowers to the family in memory of Rebecca Anne Gilson, please visit our flower store.