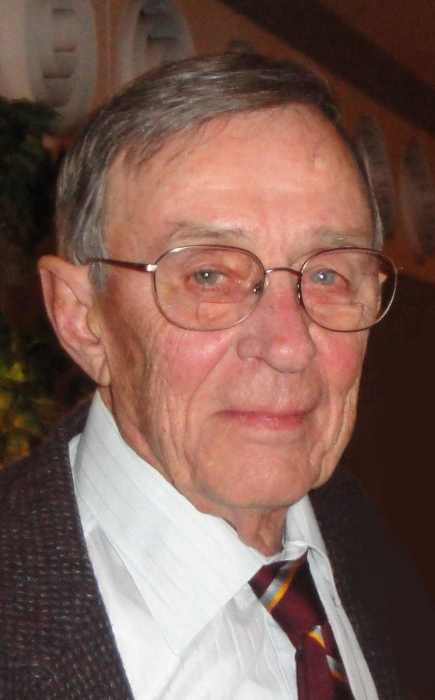 Raymond Peter Weis, age 93 of Austin, Minnesota, passed away Thursday, March 12, 2020 at Sacred Heart Care Center in Austin. Ray was born January 1, 1927 in St. Paul, Minnesota, to Raymond and Elizabeth (Kasel) Weis. He graduated from St. Augustine High School in Austin, Minnesota. He then went on to attend Loras College in Dubuque, Iowa. Ray married Arlawyen “Vicky” Vickerman in 1950. Vicky passed away 1980. In 1985, Ray was united in marriage to Mary Arthur in Myrtle Beach, South Carolina. He was employed with Hormel for 40 years. Ray was a loving and kind man who was loved by his family and friends and respected in his community. He enjoyed golfing, fishing, hunting and traveling. He was an athlete who played college football and touched lives by coaching for many years at Queen of Angels School. Ray was a “wise” man who was interested in history, philosophy and inventing. Family was always his priority. Ray loved deeply and was a role model for his children and grandchildren. Anyone lucky enough to cross paths with him enjoyed his stories about his travels and many adventures. He had a twinkle in his eye and mischief in his heart. He will be missed.

A celebration of life will be held at a later date. Worlein Funeral Home of Austin is assisting the family with arrangements.

To order memorial trees or send flowers to the family in memory of Raymond Weis, please visit our flower store.