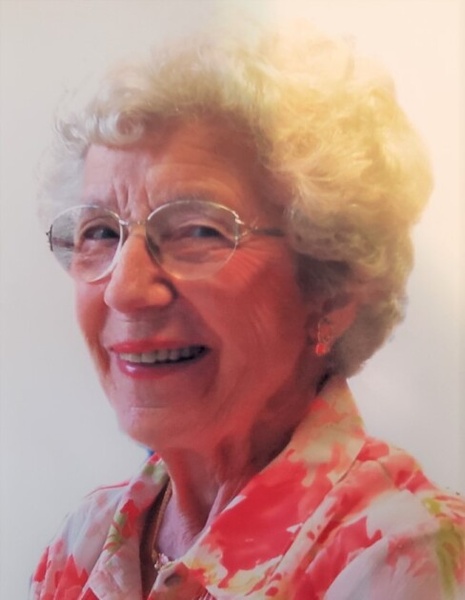 Phyllis Mae Knutson, age 97, of Austin, Minnesota, passed away on Sunday, January 2, 2022, at St. Mark’s Living in Austin. Phyllis Mae Johnson was born on May 3, 1924, in Minneapolis, Minnesota, to Stener and Ingeborg (Hoel) Johnson. She attended schools in Austin before graduating in 1943 from Cherokee High School in Estherville, Iowa. Phyllis was united in marriage to Allen E. Knutson on June 22, 1947, in Austin. Together the couple had three children. Phyllis stayed at home with the children until the reached school age; she then worked part-time as a substitute teacher’s aide for Austin Public Schools. Phyllis enjoyed ceramics, sewing, swimming, and playing cards. She loved to cook and bake. Phyllis was a longtime member of St. Olaf Lutheran Church and was an active volunteer within the church. She held WELCA offices and was very involved in the church’s Scandinavian Day. Phyllis was also a member of the Austin YMCA and was involved with People Needing People for many years. She will be greatly missed by all who knew and loved her.

The funeral service for Phyllis will be held at 11:00 a.m. on Saturday, January 8, 2022, at St. Olaf Lutheran Church in Austin, Minnesota. Visitation will be held one hour prior to the service. Interment will be in Oakwood Cemetery, Austin. Services are prearranged and performed by Worlein Funeral Home of Austin.

To order memorial trees or send flowers to the family in memory of Phyllis Knutson, please visit our flower store.