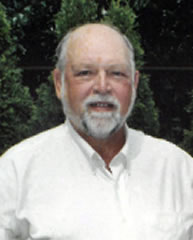 Pastor David Vernon DeFor, age 75 of Austin, Minnesota, passed away peacefully surrounded by his loving family on Wednesday, January 16, 2019 at his home in Austin. David was born on July 28, 1943 in Austin, Minnesota to Vernon and Erna (Hansen) DeFor. He grew up in Austin and graduated from Austin High School in 1961. David graduated from Minnesota Bible College in 1966. He received his Master of Divinity degree from Lincoln Christian College. To further his education, David studied at the North American Baptist Seminary, where he received his Doctor of Ministry. He pastored at many churches in the Midwest and taught for 5 years at Nebraska Christian College in Norfolk, Nebraska. On March 6, 1965, David married Donna Shaw in Bloomington, Minnesota. Together the couple had 3 children, Amy, Andrea, and Tim. David was a minister for the Church of Christ in Austin. His greatest love was spending time with his entire family. He loved the Aviation Club, flying airplanes, golfing, and woodworking. David was a world traveler who made friends everywhere he went. He also enjoyed hunting, fishing, and in his free time reading books. Dave was a lifelong learner. He will be missed by all who knew and loved him.

Funeral services will be held at 10:00 a.m. on Monday, January 21, 2019 at Cornerstone Church in Austin, Minnesota with Pastor David Simerson officiating. Visitation will be held from 4:00-7:00 p.m. on Sunday, January 20, at the Worlein Funeral Home in Austin and will continue for one hour prior to the service at the church on Monday. Interment will be in Oakwood Cemetery, Austin at a later date. Worlein Funeral Home of Austin is assisting the family with arrangements.

To order memorial trees or send flowers to the family in memory of Pastor David DeFor, please visit our flower store.