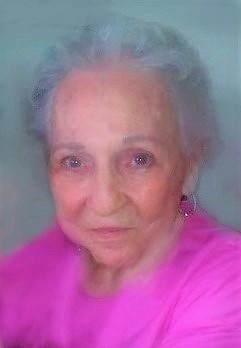 Norma Jean Lamp was born September 5, 1930, to William J. and Cora F. (Champlin) Lamp in Austin, MN. Norma was the oldest of their six children. In 1944, the family moved from Austin to Grand Meadow, MN, where Norma graduated from high school in 1948.

On November 14, 1948, she married Charles B. Simonson in Grand Meadow and they made their home in the Grand Meadow area throughout their marriage, raising four children.

In the 1950’s Norma worked for Ben Wright in Grand Meadow and in 1964 when the Meadow Manor Nursing Home was built, she trained as a nursing assistant and worked there until she retired. Using her nursing skills, she lovingly cared for her husband the last three years of his life. Charles died in 2004, one day after their 56th wedding anniversary.

Norma loved housekeeping, cleaning, cooking and sewing. Her flower garden was both her pride and passion. AND HATS SHE LOVED HATS! AND DANGLE EARRINGS!

Her faith and prayer were her priorities, becoming a prayer warrior interceding for others. In her apartment she had a wall of pictures of people she loved and prayed for. She called it her WALL OF LOVE.

The family would like to thank the staff of St. Marks Assisted Living, Nursing Home and Hospice for their patience and care of their mother. They also want to thank all the pastors from the Cornerstone Church and her church family whose love and friendship she cherished.

A graveside service will be held at 10:00 a.m. on Tuesday, June 23, 2020, at the Bear Creek Lutheran Cemetery north of Grand Meadow, with Pastor David Simerson officiating. Memorials are preferred to the family. Services are prearranged and performed by Worlein Funeral Home of Austin.

To order memorial trees or send flowers to the family in memory of Norma Simonson, please visit our flower store.