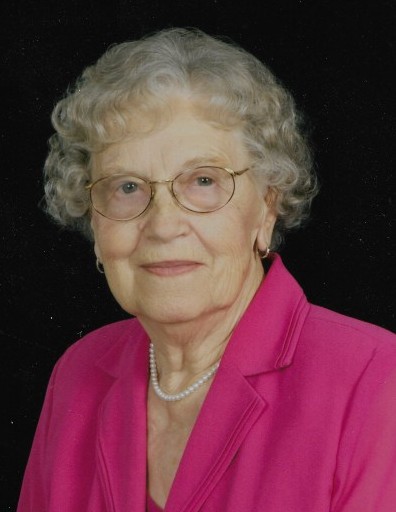 Nina C. Ingvalson, age 96 of Austin, Minnesota, passed away Wednesday, September 18, 2019 at her home in Austin. Nina Charlotte Kittelson was born to Carl and Nilanna (Wigtil) Kittelson on July 21, 1923 in Austin, Minnesota. She attended country school near Corning, Minnesota and graduated from Austin High School. On July 31, 1941, Nina was united in marriage to Neil Ingvalson at Red Oak Grove Lutheran Church. They made their home on the family farm near Blooming Prairie for 37 years where she became a homemaker and a mother to their six children.  Nina worked with Neil in the farming business.  During retirement, Neil & Nina lived in Lake Havasu City, Arizona for 24 years.  In 2002, they moved to Austin, Minnesota to be closer to family.

Nina loved music and had a beautiful voice.  She sang for weddings & funerals with her friend Ethel Christianson. Nina directed the Red Oak Grove Lutheran Church Senior Choir for many years selecting sheet music the choir enjoyed performing.  She belonged to the ALCW, U of M Home Extension Club, and the neighborhood 500 card club.  Nina also enjoyed flower gardening creating many beautiful gardens on their homestead, including swapping flower bulbs and plants with friends and family. She was a huge Minnesota Twins fan and celebrated both her 89th and 90th birthday at Target Field and watched most of the games at her home. Go Twins! Nina also loved thunderstorms and eagerly watched the many storms rolling outside her window.

Funeral services will be held at 11:00 a.m. on Monday, September 23, 2019 at Red Oak Grove Lutheran Church, rural Austin, Minnesota. Visitation will be held one hour prior to the service at the church on Monday. Interment will be in Red Oak Grove Lutheran Cemetery, rural Austin. Services are prearranged and performed with Worlein Funeral Home of Austin.

The family extends their sincere thank you to Chris Whalen (for six years of personal caregiving) and Seasons Hospice for their great care of Nina.  Also, thank you to the Red Oak Grove Church Family for their thoughts and prayers for Nina and our family.

To order memorial trees or send flowers to the family in memory of Nina Ingvalson, please visit our flower store.