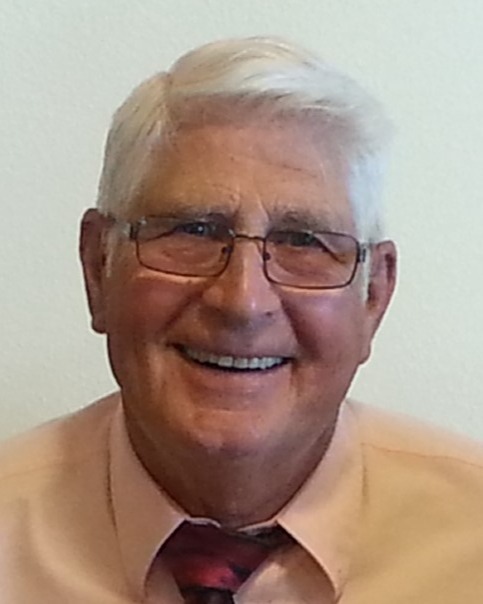 Nels Willard Lee, 87, was born July 23, 1935, to Oliver and Ruth (Bollman) Lee at the family home in Dexter Township, Minnesota. He died snuggled in the loving embrace of his wife on Wednesday, November 30, 2022, in Mesa, Arizona.

Nels grew up with his six siblings on the family farm, learning early the value of hard work and the importance of faith and family. He attended school in Dexter where he met a pretty girl, Yvonne “Vonnie” Lagervall, not knowing she would be his best friend and life companion for 70 years. They married on Sunday, September 28, 1952, at the Evanger Lutheran Church in Sargeant, Minnesota. After the wedding, they moved in with Nels’ parents and started their family.

On the family farm north of Dexter, they raised their three daughters and four sons. Early in their marriage, Nels enrolled at the University of Minnesota to study agriculture but when the college girls started to flirt with him, his heart led him back home to be a family man. Partners in life, Nels and Vonnie raised cattle, chickens, crops, gardens, and kids.

Nels believed in the importance of giving back to the community. He served on the Elkton School Board, negotiating the consolidation efforts to form the Southland School District. He lobbied for the rerouting of a crude oil pipeline that would have been disastrous for local farmers and to the environment. As a director on the Federal Land Bank, he advocated for farmers during the farm crisis of the 1980s.

As hard as Nels worked, he played. He found thrill as a small airplane pilot, flying with The Flying Farmers club, and enjoying fly-in breakfasts. Known for his full head of white hair, “The Silver Fox” crooned with the Country Gentleman singing group and taught his grandkids to sing “Alfalfa Hay.” He rarely missed watching his favorite show, Lawrence Welk.

Nels and Vonnie loved to travel, often leaving their large family at home to take care of the farm, trusting the older kids with chores and caring for the younger siblings. When driving home from the airport and stopping at the intersection where they could see their house, they would look at one another and sigh, “Well, the house is still standing!” Their travels took them to the beaches of Mexico, cruises on the ocean waters and to destinations chosen by their grandchildren for their high school trip with Grandpa and Grandma.

A wise farmer, a respected pillar of the community, a friend to all and a man devoted to his family, Nels also appreciated simple things like playing cards and marbles, baking bread, evaluating Vonnie’s cookies, feeding the fish in his pond, and sitting in the stands at the annual Mower County Fat Steer Show.

In his retirement, Nels became known as “the bike man,” fixing broken bikes and giving them away to kids who didn’t have a bike. The Lee grandchildren never knew what it was like to have a new bike – they just went to Grandpa’s garage and chose one from his collection. In Arizona, he enjoyed desert dirt bike rides with the guys and having a side gig repairing bicycles for neighbors.

Above any achievement or worldly thing, Nels treasured his family. He blessed his grandchildren with lifelong memories of camping, “Grandpa’s campfire breakfast,” annual Lee Family canoe trips, a fall family bike ride, belting out “FIVE GOLDEN RINGS” during the family sing-along of The 12 Days of Christmas, holding hands during meal prayer and counting off as the family numbers grew, marveling alongside Vonnie, “Look what we started Mommy.”

Nels led his life guided by the hand of his Savior, from an early age until his death. The Lee family faithfully attended Evanger Lutheran Church, filling an entire pew every Sunday and learning about Jesus’ love. Nels served his congregation through various leadership roles in the church and taught Sunday School. He knew his eternal life was in the Kingdom of Heaven.

Nels didn’t take anything for granted. When struggling with health issues, he often questioned if he would live to an old age. Upon reaching age 70, he declared there would be a party to celebrate the milestone. As the years advanced and his health began to fail, a smile would spread across his face as he tearfully asked his family, “What did I do to deserve such a great life?”

Blessed be the life and legacy of Nels Lee.