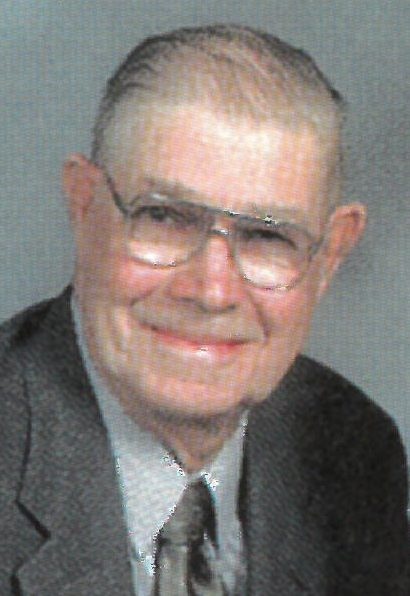 Nathan K. Goodwin, age 97 of Austin, Minnesota, passed away Monday, August 12, 2019 at St. Mark’s Living in Austin after a long battle with cancer. Nathan was born on February 9, 1922 in Austin, Minnesota, the youngest of three children of Nels and Nellie Goodwin. Nathan graduated from Austin High School and went on to attain an Associate degree. He married Cleone Ulland in 1950 at Red Oak Grove Lutheran Church where he was a member when he passed. Nathan and Cleone had four children. He lived his entire life on the original family farm, a Century Farm, in Udolpho township outside of Austin in Mower County, Minnesota. Nathan was known as a progressive farmer and a leader in several community projects. He was awarded the “Outstanding Young Farmer” by the Austin Chamber of Commerce in 1957. He was also a Conservation award winner. He was president of the Red Oak Creamery, Chairman of the Mower County Soil Conservation District (where he was a member for 29 years). He was president of the Red Oak Lutheran Church as well as holding many other offices there over the years. Nathan and Cleone loved to travel and toured approximately a dozen countries starting in the 1960s. He and Cleone visited Norway more than once as they were very proud of their Norwegian heritage. They were members of the Sons of Norway in earlier years.

Among those mourning him are his four children, Rodney Goodwin of Austin, MN, Suzanne Goodwin Stephens (Rick) of Westlake Village, CA, Jon (Pat) Goodwin of Cedar Rapids, IA and Nancy Goodwin Doucet (Al) of LaCrosse, WI; nine grandchildren and fifteen great grandchildren; and many nieces, nephews, other relatives and friends. He was preceded in death by his parents, Nels and Nellie Goodwin; wife, Cleone Goodwin in 2008; brother, Norman; and sister, Ruth.

Funeral services will be held at 10:30 a.m. on Saturday, August 17, 2019 at Red Oak Grove Lutheran Church in rural Austin with Pastor Janet Crissinger officiating. Visitation will be held on Friday, August 16, from 4:00-7:00 p.m. at Worlein Funeral Home in Austin and will continue for one hour prior to the service at the church. Interment will be in Red Oak Grove Lutheran Cemetery, rural Austin. Worlein Funeral Home of Austin is assisting the family with arrangements.

To order memorial trees or send flowers to the family in memory of Nathan Goodwin, please visit our flower store.