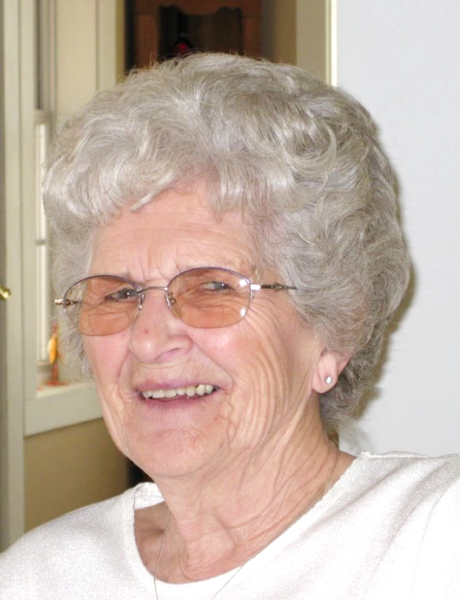 Mildred “Milly” Enright, age 97 of Austin, Minnesota, passed away Monday, December 9, 2019 at Sacred Heart Care Center in Austin. Mildred Anna Tiedemann was born October 29, 1922, in rural Mower County, Minnesota, to Frederick and Martha (Gerasch) Tiedemann. She graduated from Elkton High School. On September 22, 1946, Milly was united in marriage to Clarence Enright at the Trinity Lutheran Church in Dexter, Minnesota. Milly worked at Hormel Foods for many years. The couple was very active in their early years, going fishing up north and holding fish fries, bowling, snowmobiling, and loved to go dancing. For many years they would get in the car and drive, visiting many states. Life changed for Milly and Clarence when he suffered a stroke in 1986. Milly then took on the role of caregiver, but continued to enjoy embroidering and gardening, especially flowers, they were her specialty. Milly loved shoes and wore high heels into her early nineties. She also had a sweet tooth.

Funeral services will be held at 11:00 a.m. on Tuesday, December 17, 2019 at St. Peter’s Evangelical Lutheran Church in rural Austin, Minnesota. Visitation will take place one hour prior to the service at the church on Tuesday. Interment will be in Oakwood Cemetery, Austin, Minnesota. Services are prearranged and performed with Worlein Funeral Home of Austin.

To order memorial trees or send flowers to the family in memory of Mildred "Milly" Enright, please visit our flower store.