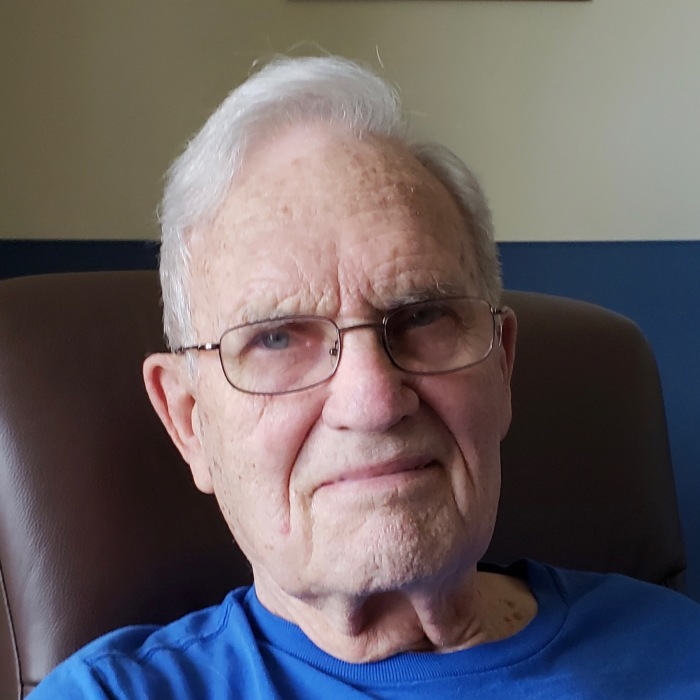 Merton Myron Meineke, age 96 of Austin, Minnesota, passed away Thursday, October 8, 2020, at Sacred Heart Care Center. Merton was born May 20, 1924 in Iowa, the son of Cecil John and Clarice (Lord) Meineke. He grew up in Austin and graduated from Austin High School. Following his graduation, Merton enlisted into the United States Navy and served during WWII in the Marshall Islands. After returning from the service, he went to work at the Hormel Foods branch in Atlanta, Georgia. On July 27, 1946, he married Jeanne Thompson in Atlanta. The newlyweds moved to Austin a short time later where Merton continued working for Hormel Foods and attended classes at Austin Jr. College. Mert and Jeanne soon began a family that would grow to include 11 children. Merton retired from Hormel Foods in 1986 and began a 20-year career with REM Woodvale as a direct care giver, retiring in 2006 at age 82. Merton was a kind and generous man, a loving husband and father, and a doting dog owner. His favorite pastime was golf; he was a longtime member at Ramsey Golf Course and then Meadow Greens in Austin. He will be dearly missed by all who knew and loved him.

A private family interment will take place in Calvary Cemetery, Austin, Minnesota. A celebration of life will be held when COVID restrictions are lifted. Worlein Funeral Home of Austin is assisting the family with arrangements.

To order memorial trees or send flowers to the family in memory of Merton Meineke, please visit our flower store.