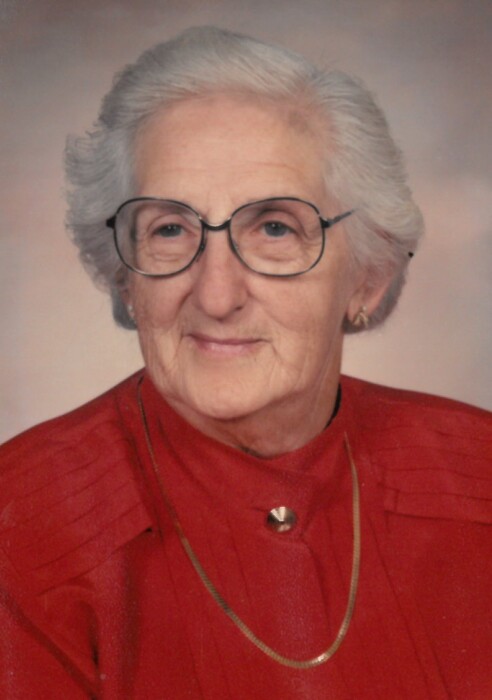 Merle Harrington, age 100 of Austin, Minnesota, passed away Thursday, November 26, 2020, at the time of her passing she was residing with her oldest son, Terry, in Brooklyn Park, MN. Merle was born on October 4, 1920 at home in Blooming Prairie, MN to Earl and Lillian (Paulson) Burtch. Her early life was spent on a farm near Blooming Prairie. She attended rural grade school, then high school in Blooming Prairie, graduating in 1938. She came to know Jesus at the age of sixteen. In 1939 she was married to Leonard Harrington. They live in Rochester, MN and later Marshfield, WI. After World War II, they resided in Grand Forks, ND for 5 years, then moved to Bemidji, MN where they lived for 30 years. Merle was active in the Baptist Church in Bemidji. She was President for 2 year of the Lincoln School PTA. Later became and officer of the area PTA Council. She will be dearly missed by all that knew and loved her.

Merle is survived by her four children, Terry (Roberta) Harrington of Brooklyn Park, Mn, Sandra (Gary) Trueblood of Bemidji, MN, Lorrie (Dan) Hartle of Glenwood, IA, and Kim Harrington of Glenwood, IA; 6 grandchildren; 11 great-grandchildren; 8 great-great-grandchildren; brother Dale Burtch of Clarion, IA, three sisters-in-law; many nieces, nephews and other relatives. She is preceded in death by her husband, Leonard in 1985, her parents, Earl and Lillian Burtch, and one brother, Eugene Burtch.

A private family graveside will be held at Lansing Cemetery in Lansing, MN. Services are prearranged and performed by Worlein Funeral Home of Austin.

To order memorial trees or send flowers to the family in memory of Merle Harrington, please visit our flower store.