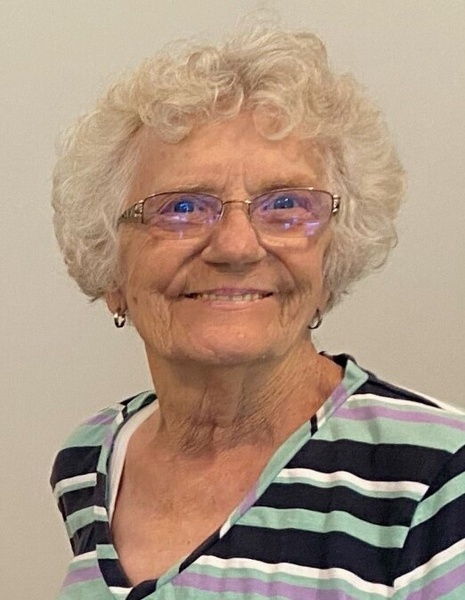 Merce was born on August 23, 1941, in Austin, MN to Amos and Winnifred (Smith) Gwinn.  Merce was a life-long member of the Austin community. She graduated from Austin High School in 1959.  On April 2, 1960, she married the love of her life, Phillip Nordstrom.  Together they had three children, Kimberly, Phillip Jr. (Woody) and Carin.  Merce was a homemaker and stayed home to raise her children until her youngest was ten.  She then went to work at the Hy-Vee bakery for the next sixteen years, where she was the “fryer” who made all of the donuts.  She would always come home smelling like donuts, just making your mouth water and wanting to have some to eat.

During retirement, Merce and Phil enjoyed traveling throughout the United States, and even made a road trip to Alaska.  They loved to go camping and fishing and stopping at the casino.  Merce was very lucky in any game she played.  She was often referred to as a lucky horseshoe whom you just wanted to rub, hoping a little luck would rub off.  After losing Phil in 2002, Merce spent her time with her various groups and clubs and the new friends she met.  She loved playing cribbage, where she was very lucky also and often times would either skunk or double-skunk her opponent.  She was an avid reader and frequented the public libraries at both Austin and Albert Lea.  She especially loved country-western music and loved to go and listen to country-western bands and to dance.  Her specialty was the two-step and the waltz.  She was a “social butterfly” who loved to talk to anyone who wanted to visit.  She was a kind and loving mother, grandmother, and friend who will be sadly missed.

A Celebration of Life will be held from 1:00-5:00 p.m. on Saturday, June 11, 2022, at The Eagle’s Club of Austin. Services are prearranged and performed by Worlein Funeral Home of Austin.

To order memorial trees or send flowers to the family in memory of Mercedes "Merce" Nordstrom, please visit our flower store.