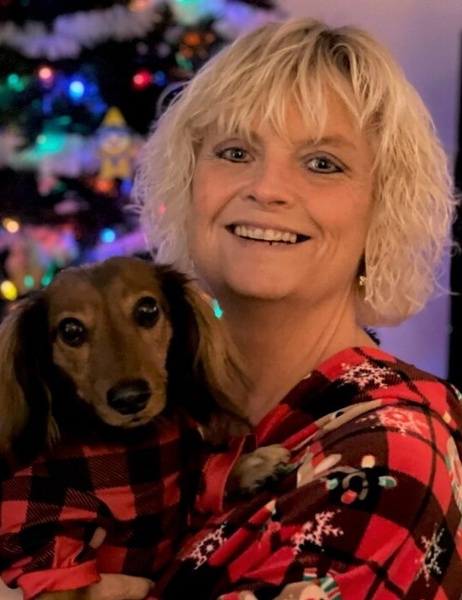 Melissa “Missy” Anne Ruesink passed away on Sunday, May 9, 2021, in her home with loved ones by her side. Melissa was born on January 6, 1971, to Arthur L. and Susan L. Kuchera.  She was raised in Austin, MN, where she attended Austin High School and graduated in 1989. Upon graduation she joined the Army and spent time in New Jersey and Georgia among other places. She was medically discharged from the military and was placed on permanent disability.  Missy continued to battle illness throughout her life but remained active in various local groups, and was a beacon of energy and fun for family and friends.

As a child, Missy was active in several sports, played clarinet and piano, and was active in Indian Princesses and Girl Scouts. In sports, Missy was part of the state girls’ softball championship team as a 10th grader, and participated in several other sports such as volleyball, basketball, and swimming. Missy was baptized at St. Olaf Lutheran Church and was a lifetime member; she took First Communion in 1982 and was confirmed in 1986. In Girls Scouts, Missy earned her Gold Award, the highest award Girls Scouts can receive.

Once she returned from the military, when her health allowed, Missy would always be seen helping out at church and VFW functions. She was very active at the St. Olaf Fair Diner, from helping to organize volunteers to filling in wherever help was needed. For the VFW, Missy would be heard calling BINGO numbers during the July 4th festivities or selling Poppies for the annual fundraising event for veterans. When she wasn’t calling numbers or handing out Poppies, she would frequently be at the VFW club helping with meals and special events, from working in the kitchen, to serving up food to members.  Helping others was at the core of who Missy was, and she would often do anything to help others out.  She would always jump on board to help out local causes, and participate in fundraising efforts.

Missy’s biggest passion, and who she poured her heart out to, was her family. Although Missy never had children of her own, she cared deeply about her family, especially her nephews and nieces who she regularly spoiled, and often spent lots of time with them, taking them to the pool, or out for dinner and to the movies. She spoiled them as much as she could, and she loved them with all her heart.

To order memorial trees or send flowers to the family in memory of Melissa "Missy" Ruesink, please visit our flower store.