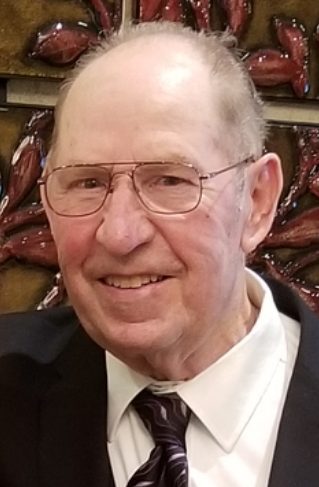 Melford Wayne Schneider, age 82 of Albert Lea, Minnesota, formerly of Blooming Prairie, Minnesota, died on Tuesday, February 18, 2020 at Mayo Clinic Health System Austin. Mel was born June 25, 1937, to Arthur and Martha (Flugum) Schneider. He grew up on their farm in Waltham, Minnesota. He attended rural country school and Austin High School. Mel married Esther Mae Barber on May 9, 1954. They raised their family of six children in the Blooming Prairie area. Mel and Esther farmed until they moved to Blooming Prairie in 1963. They were later divorced. Shortly after moving to Blooming Prairie, he started Mel Schneider Trucking business. His greatest love and joy were his family. To Mel his grandchildren felt like they were “his buddies.” He loved fishing and animals and had many pets through out the years. Mel loved music, and attending dances where he met Darlene Zimmerman of Waseca, Minnesota. They married on August 4, 2007. They made their home in Albert Lea, Minnesota. Together they ran Mel’s Golf Cars of Albert Lea, until retirement in 2018. Mel was a member of St. Michael’s Lutheran Church, Loyal Order of Moose, and Fraternal Order of Eagles.

To order memorial trees or send flowers to the family in memory of Melford Schneider, please visit our flower store.