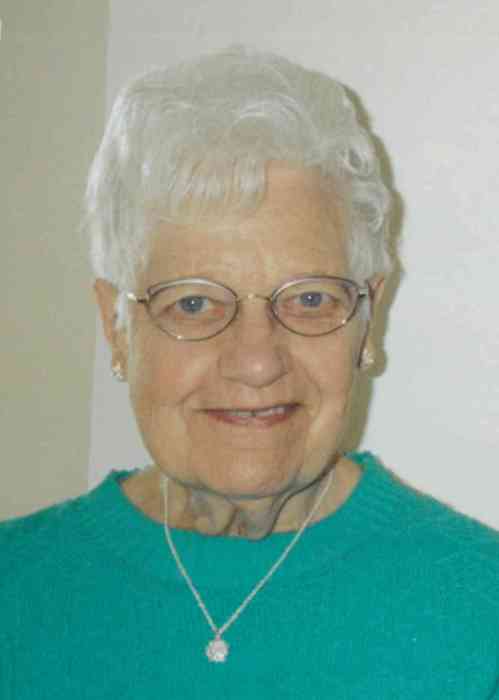 Maxine Marjorie (Runden) Higgins, age 98 formerly of Austin, Minnesota, passed away Sunday, March 3, 2019 at Westview Care Center in Britt, Iowa. Maxine was born on December 17, 1920 in Albert Lea, Minnesota, to George and Cora (Hagen) Runden. She attended Albert Lea High School, graduating in 1939. In April of 1938, Maxine met Robert Higgins, they were engaged on Christmas Day 1939, and were united in marriage on July 13, 1940, in Northwood, Iowa. To this union two children were born; son Thomas and daughter Carol. Maxine was a loving wife, mother, and homemaker. The family took yearly fishing trips up north and traveled to all 50 states as well as Maxine and Robert traveling to Norway, Sweden, and Denmark. Maxine was a member of the St. Olaf Lutheran Church, where she was active in WELCA, Circle 5, and the Alter Guild. She was also a member of the Hormel Retirees and the Golden Age. She will be dearly missed.

To order memorial trees or send flowers to the family in memory of Maxine Higgins, please visit our flower store.