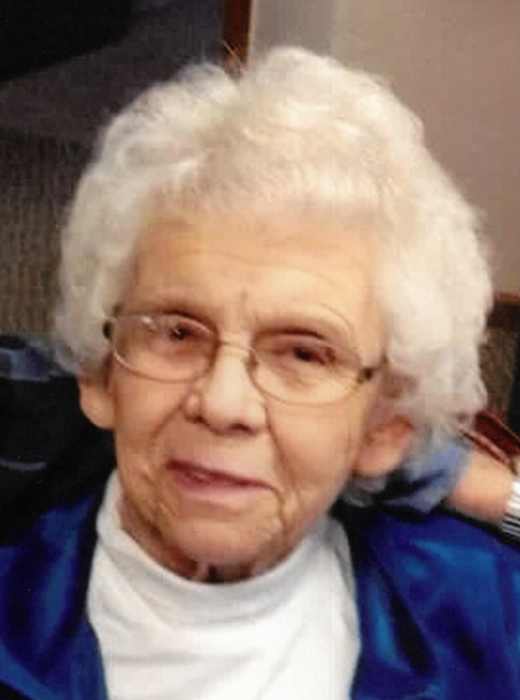 Maxine Mae Brady, age 87 of Austin, Minnesota, passed away Saturday, July 20, 2019 at St. Mark’s Living of Austin. Maxine was born in Spring Valley, Minnesota on September 9, 1931, to Oscar and Agnes (Freiheit) Huffman. She attended Austin Public Schools. On October 8, 1949, Maxine was united in marriage to Rolland Brady in Austin, Minnesota. Together the couple had four daughters, Linda, Marlene, Barbara, and Brenda. Maxine worked at Weyerhaeuser over 37 years. She enjoyed relaxing at Cedar Lake in Faribault, going south in the winter, and volunteering at the Salvation Army for many years. Maxine will be dearly missed by all who knew her.

Memorial services will be held at 4:00 p.m. on Sunday, July 28, 2019 at St. John’s Lutheran Church with Pastor James Groleau officiating. Visitation will be held for one hour prior to the service at the church on Sunday. Interment will be in Grandview Cemetery, Austin, Minnesota, at a later date. Memorials can be directed to the Salvation Army. Services are prearranged and performed by Worlein Funeral Home of Austin.

To order memorial trees or send flowers to the family in memory of Maxine Brady, please visit our flower store.