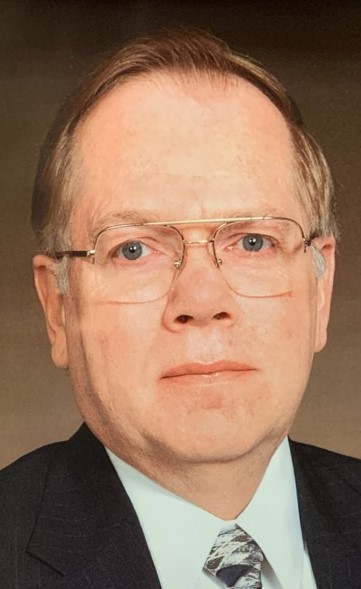 Max A. Pecht II, age 72 of Austin, Minnesota, passed away unexpectedly on Sunday, August 30, 2020, at his home in Austin, Minnesota.  Max was born on July 14, 1948 in Wichita, Kansas, to Max Pecht and Ethel Mae (Strickland) Pecht.  In 1966, he graduated from Wichita High School East.  He received a Bachelor of Science degree in Chemistry followed by a Master’s degree in Chemistry from Wichita State University 1966-1972.  Max began teaching at Friends University in Wichita, Kansas.  In 1978, Max began working at Dold Foods in Wichita as a Lab Chemist.  He began a 36-year career with Hormel Foods Corporation in Austin as a chemist in Research and Development, and later became a Research Administrator. Max retired from Hormel Foods Corporation in 2014.

On October 25, 1986, he married Mary K. Partridge at the Austin Church of Christ.  Max attended Bethlehem Free Methodist Church.  He served on the board of the Salvation Army in Austin.  He was a Noble in the Masonic Lodge in both Wichita, Kansas, and Austin, Minnesota.  Max was a member of the Scottish Rite in Wichita and an enthusiastic member of the Austin Osman Shrine Club and Oriental Band.  He was the “Snake Charmer” in their parades.  He also was the “Chief Pancake Flipper” at the monthly Masonic Lodge pancake breakfasts.  Max loved computers, led SMUG meetings at the Austin Public Library, and enjoyed woodworking. He also enjoyed spending time at their cabin on Beaver Lake near Ellendale, Minnesota.

Max is survived by his wife, Mary Pecht, in Austin Minnesota, his sister-in-law and her son and her daughter, as well as friends, past coworkers and cousins, and his beloved cat Sheba.

He was preceded in death by his parents, grandparents, father-in-law, mother-in-law, brother-in-law and nephew, aunts, uncles, and several cousins.

A funeral service will take place at the Bethlehem Free Church in Austin, Minnesota, on Wednesday, September 9, 2020, at 1:30 p.m. with Pastor Paul Steele officiating.  Visitation will be held on Tuesday, September 8, 2020, from 4:00 p.m. to 7:00 p.m. at Worlein Funeral Home Austin, Minnesota, as well as one hour prior to the funeral service at the church.  A private burial will take place at Hillcrest Cemetery in Albert Lea, Minnesota.

Memorials may be directed to the Austin Salvation Army, Shrine Healthcare for Children (address:  1703 Lilac Lane, Mendota Heights, MN  55118), or to the donor’s choice.

Condolences may be expressed to the family online at www.worlein.com.

To order memorial trees or send flowers to the family in memory of Max Pecht II, please visit our flower store.