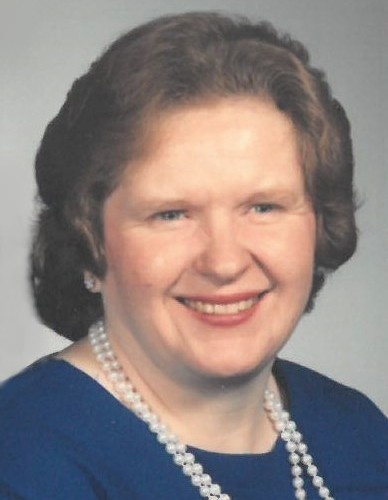 Mary Ann Matter, age 79, of Austin, Minnesota, passed away on Sunday, July 11, 2021, in Austin, Minnesota. Mary Ann was born to Gladys (Torrens) & Everett Rose on October 26, 1941, in Austin. Mary Ann grew up in Austin and attended Austin High School. After high school, Mary Ann married Arvin Matter on May 4, 1963, who passed away on May 22, 2001.  For most of her life, Mary Ann was a baker and cook working specifically at The Windmill truck stop in Dexter for 13 years. Also, she worked in Austin at the Country Kitchen and the Big Steer truck stop.  Mary Ann was a member of St. Michael’s Church of Waltham, and spent her spare time crocheting, canning, homemaking, and watching her grandchildren. She also used to sing, play guitar, and belonged to a card club. While growing up, Mary Ann made the children’s clothes and helped on their hobby farm.

A funeral service will take place on Saturday, July 17, 2021, at 11:00 a.m. at St. Michael’s Lutheran Church, Waltham, Minnesota. Visitation will be held from 5:00 p.m. to 8:00 p.m. on Friday, July 16, 2021, at Worlein Funeral Home in Austin, Minnesota. Interment will be in Oakwood Cemetery, Austin. Worlein Funeral Home of Austin is assisting the family with arrangements.

To order memorial trees or send flowers to the family in memory of Mary Ann Matter, please visit our flower store.