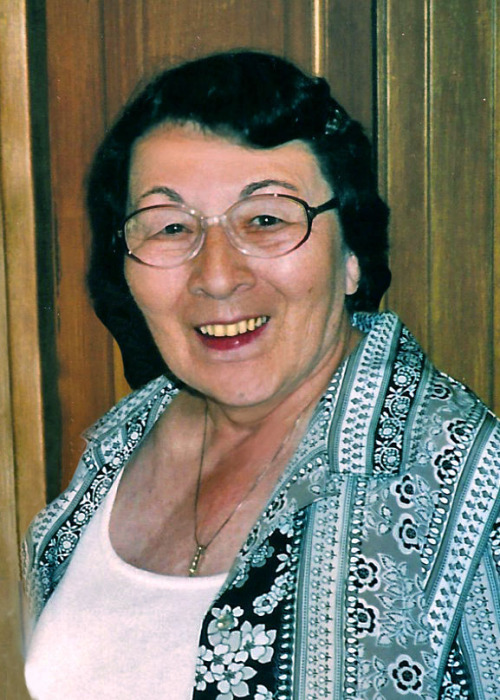 Mary Lou Swanson, a devoted and beloved wife, sister, aunt, and godmother, died October 8, of respiratory failure in hospice at the Mayo Hospital in Austin, MN. She was 84. Her family was not allowed to be by her side due to state COVID-19 restrictions.

Born Mary Louise Dauk on December 20, 1935 in Ashland, WI. Mary grew up on a farm and graduated from Lake Crystal High School, class of 1953, and Mankato Commercial College as a business machines operator. She worked for four years as a comptometer operator in Albert Lea at Wilson & Company, a meat packing facility, and met Wayne Swanson at a dance at the Kato Ballroom while he was home on leave from the Navy. They were married Feb 15, 1958 at Holy Family Catholic Church in Lake Crystal, MN.

They started their life together in Truman, MN as farm employees for the Waldemar and Hertha Becker farm until a steam engineer position opened at the Fairmont City Utilities. While in Fairmont, Mary did daycare for several years before they moved to Austin in 1970. They were members of the St. Augustine Church in Austin.

Wayne worked swing shift at the City of Austin Utilities and Mary became a master in domestic arts and century’s old needlework, including crochet, knitting, embroidery, sewing, needlepoint, the gentle art of crewel, as well as cross-stitch and yarn work. This life-long vocation was admired by friends and family and these skills she taught and the many family heirlooms she created have become a deeply cherished legacy.

Mary was a kind, quiet, modest and selfless soul who loved god and her family. In addition to her art, she took joy in writing, family history and genealogy, watching Twins baseball, fishing and traveling. She and Wayne loved to take road trips and upon Wayne’s retirement spent many months a year traveling in their RV throughout the US and Canada visiting family and friends. They spent many summers in Alaska and a lot of time in Le Sueur with Mary’s sister’s family. Both Mary and Wayne were loved like parents, offering a wealth of time, love, guidance and lessons worth knowing.

A Memorial Mass for both Mary and Wayne will be held at 11 a.m. Saturday, Nov. 28, 2020 at St. Augustine Catholic Church in Austin with visitation one-hour prior. Worlein Funeral Home of Austin is assisting the family with arrangements.

To order memorial trees or send flowers to the family in memory of Mary Swanson, please visit our flower store.