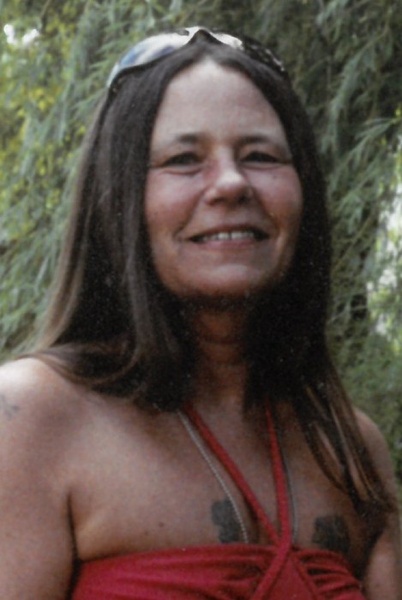 Mary Ellen Spinler, age 66 of Brownsdale, Minnesota, passed away Tuesday, March 31, 2020, at Sacred Heart Care Center in Austin. Mary Ellen Campbell was born March 5, 1954 in Osage, Iowa, to Roger and Arlene (Qualey) Campbell. Mary grew up in Otranto, Iowa then in 1965, moved to Lyle, Minnesota, where she received her education, graduating from Lyle High School in 1972. Mary was always a daddy’s girl and loved hanging out with him in the garage. At a young age she became interested in cars and motorcycles. Her pride and joy in high school was her 1964 Ford Galaxie. In 1972, she married Daryl Steinbrink and together had five children. They later divorced. In 1995, Mary moved to Austin, Minnesota, where she worked as a proof operator at Sterling State Bank and then later worked at the Cooperative Response Center as a customer services representative. On July 10, 2010, she married Richard Spinler in Nashua, Iowa. After their marriage, they lived in Brownsdale, Minnesota. Mary enjoyed gardening, baking, and watching her son Dustin race stock cars. Her grandchildren brought her much joy in life, and she cherished her time spent with them. Those who knew her best will remember Mary for her toughness and strength, which assisted her in fighting and beating breast cancer. She will be dearly missed by all who knew and loved her.

A memorial service will be held at 2:00 p.m. on Saturday, July 18, 2020 at Worlein Funeral Home Chapel in Austin, Minnesota. Visitation will take place one hour prior to the service at the funeral home. Interment will immediately follow the service at around 2:45 p.m. in Woodbury Cemetery, Lyle, Minnesota. A celebration of life will follow the interment at Kris and Brandi’s home from 4:00-7:00 p.m. on Saturday, July 18. Due to Covid-19 the funeral home occupancy is limited to 58 people at the memorial service. Everyone is welcome to the visitation and interment. The family would like to thank the staff of Sacred Heart Care Center for the excellent care they provided Mary and also her special friend, Demetria. Worlein Funeral Home of Austin is assisting the family with arrangements.

To order memorial trees or send flowers to the family in memory of Mary Spinler, please visit our flower store.