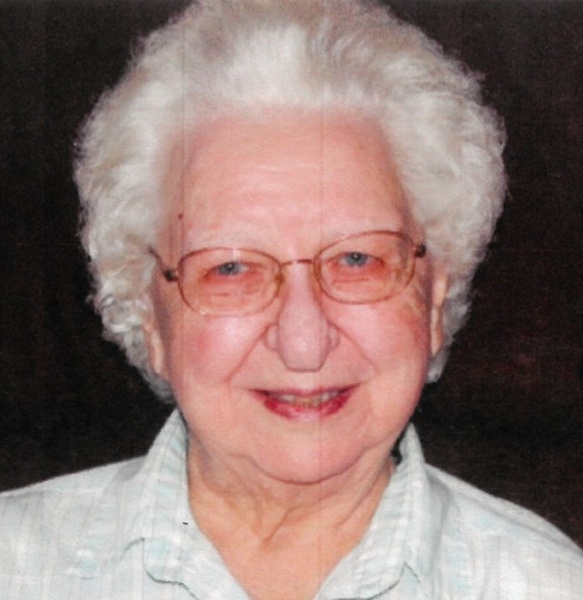 M ary Lou Klingfus , age 88 of Austin, Minnesota, passed away Friday, April 3, 2020, at Good Samaritan Society – Comforcare in Austin. Mary was born to George and Edith (Coogan, Dickens) Sprague on April 27, 1931 in Austin. She was united in marriage with Robert (Bob) Klingfus in Austin on October 25, 1947. The couple lived in Austin, Minnesota, Blooming Prairie, Minnesota and Rockford, Illinois. After Bob’s death in Rockford, at the early age of 40, as a result of diabetes complications, Mary returned to Austin. In her early years Mary worked as a waitress at the Home Café, as an egg “Candler” at a farm store in Blooming Prairie, Electrical manufacturer in Rockford, Illinois and Dickens Greenhouse in Austin, growing plants, designing and making bouquets and floral arrangements until it closed in 1992. Mary then took a position at Trade Mart Furniture Store and subsequently Milo Mach’s flower garden.

Mary loved bowling and spent many years rolling the ball at Echo Lanes of Austin. In 1964, she became a certified bowling instructor. She enjoyed an occasional bus trip to the casino. Mary was Hospital Chairperson for the Military Order of the Cooties and a Life member of the VFW Auxiliary. She was a devout member of New Beginnings in Christ Faith Church of Austin. Mary will be missed by all who loved and knew her.

Bob and Mary never had children. She is survived by many nieces and nephews in Minnesota, North Dakota, Wisconsin and Florida. She was preceded in death by her husband Bob; her parents, George and Edith Sprague, three brothers and four sisters; Edith (Doc) Coogan, Floretta (Betty) Bluhm, Kenneth Coogan, Doris Krueger, Carlton Lucille “Lucy” Bauer, Gnada, Calreton (Carly) Coogan and Myrtle Peterson. Mary was the last member of her family.

A private funeral service for Mary will be celebrated at a later date.

Condolences may be expressed to the family online at www.worlein.com.

To order memorial trees or send flowers to the family in memory of Mary Klingfus, please visit our flower store.