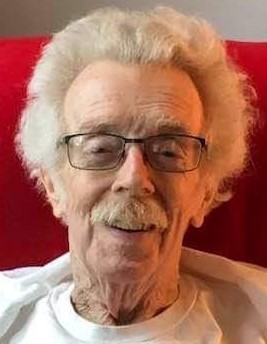 Marshall Joseph Ferris, age 79, of Austin, Minnesota, passed away on Monday, July 5, 2021, at his home in Austin. Marshall was born August 26, 1941, in Austin, Minnesota, to Herb and Melba (Klapal) Ferris. He attended Austin High School and graduated with the class of 1959. Following graduation, Marshall enlisted into the U.S. Marine Corps. serving in the Vietnam War from August 20, 1959, until his honorable discharge on April 26, 1965. He married Margaret Burke on December 29, 1961, in Marin, California and together raised three children. Marshall was a jack of all trades. He worked as a repairman for Ferris TV, did maintenance at the Holiday Inn, and worked on security cameras for Austin Communications. Marshall was a member of the American Legion Post 91 and former member and commander of the V.F.W. Post 1216 in Austin. He was an avid collector of restored cars and loved to have an immaculate lawn. Marshall will be dearly missed by all his family and friends.

A memorial service will be held at 2:00 p.m. on Saturday, July 10, 2021, at Worlein Funeral Home Chapel in Austin. Visitation will take place from 12:00(noon)-2:00 p.m. prior to the service. Interment will be in Calvary Cemetery, Austin. Worlein Funeral Home of Austin is assisting the family with arrangements.

To order memorial trees or send flowers to the family in memory of Marshall Ferris, please visit our flower store.