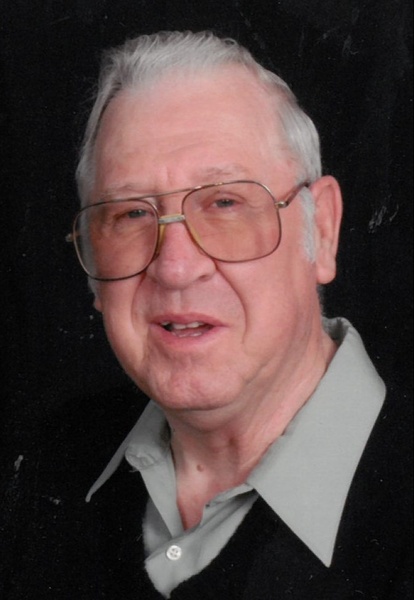 Walter Henry Konken, age 89, of Austin, Minnesota, passed away on Wednesday, May 25, 2022, at St. Mark’s Living in Austin. Walter was born May 13, 1933, to Henry and Anna (Tammen) Konken in rural Brownsdale, Minnesota. He attended District 42 Country School until the 8th grade. He then attended Austin High School in 1948 and graduated in 1952. Shortly following high school, Walter served in the U.S. Army from 1953 until 1955, when he was honorably discharged. In 1955, he began hauling milk with his brother, John. On December 14, 1957, he was united in marriage to Bernice Read at Evanger Lutheran Church in Sargeant, Minnesota. Their union was blessed with five children. Walter worked for Dodge County Highway Department from 1962 until 1968 before starting a 17-year career with Hormel Foods in Austin. He began working in 1987 for the State of Minnesota Highway Department in Jordan, Minnesota, retiring in October of 1998. After his wife, Bernice retired in 2003, the couple moved from Jordan back to Austin, Minnesota, where he resided the rest of his years.

A funeral service will be held at 11:00 a.m. on Saturday, June 11, 2022, at St. Olaf Lutheran Church in Austin. Visitation will take place from 4:00-7:00 p.m. on Friday, June 10, at Worlein Funeral Home in Austin and will continue for one hour prior to the service at the church on Saturday. Interment will be in Greenwood Cemetery, Brownsdale, Minnesota. Worlein Funeral Home of Austin is assisting the family with arrangements.
To order memorial trees or send flowers to the family in memory of Walter Henry Konken, please visit our flower store.