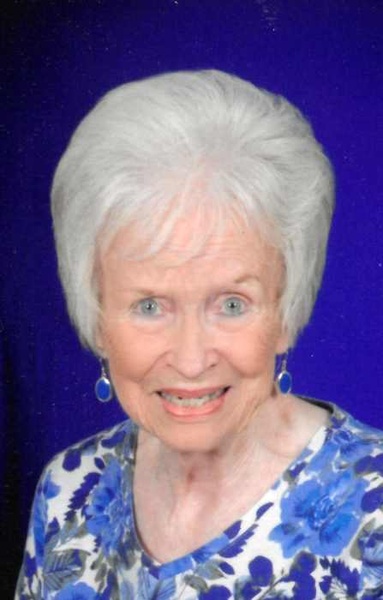 Marlys Delone Kime, age 90 of Austin, Minnesota, passed away peacefully Friday afternoon, December 20, 2019 surrounded by her loving family at St. Mark’s Memory Care in Austin. Marlys was born February 22, 1929 in Newburg Township, Fillmore County, Minnesota, the daughter of Howard and Anna (Morem) Madson. She attended Newburg Country School and then Mable School before moving to Austin in 1942 where she attended Austin High School and graduated in 1946. On August 10, 1947, Marlys was united in marriage to Duane Kime at St. Olaf Lutheran Church in Austin. They were blessed with three children, Steven, Laurie and Bradley. The couple later divorced. In 1948, Marlys started working as a switchboard operator for Northwestern Bell. She was then promoted as a service representative in the main office until her retirement in 1978. Marlys moved to Park Rapids, Minnesota for a period of time before moving back to Austin. She was an active member of St. Olaf Lutheran Church and enjoyed birthday club lunches with friends and retirees. Her family brought her much joy in life. She loved making trips to visit and spend time with them. Marlys liked to have fun and enjoyed being a part of family celebrations, birthdays, and loved attending her grandchildren’s events. She will be dearly missed by all who knew and loved her.

Funeral services will be held at 2:00 p.m. on Thursday, December 26, 2019 at St. Olaf Lutheran Church in Austin. Visitation will take place one hour prior to the service at the church. Interment will be in Oakwood Cemetery, Austin. Memorials can be directed to St. Olaf  Lutheran Church. Services are prearranged and performed with Worlein Funeral Home of Austin. Condolences may be expressed to the family online at www.worlein.com.

To order memorial trees or send flowers to the family in memory of Marlys Kime, please visit our flower store.