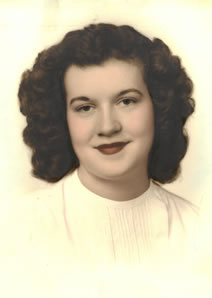 Marjorie A. Gleason, age 90 of Champlin, Minnesota, formerly of Austin, Minnesota, passed away Saturday, January 12, 2019 at Brookdale Champlin Assisted Living in Champlin, Minnesota. Marjorie Ann (Goetsch) Gleason was born on March 13, 1928, the only child of Herbert and Hazel Goetsch, during a thriving blizzard in Waltham, Minnesota. The doctor had to come on a railroad hand/section car from Hayfield due to the closed roads. As her father passed away when she was 10, she and her mother became very close. After graduating from Austin High School, together they moved to California, where Marjorie became a legal secretary. Later they moved back to Austin, and she worked at Mier Wolf and Sons. In 1971, after raising her family, she started working as a secretary at Austin Public Schools until her retirement in 1993. She married Robert E. Gleason on September 14, 1949. To this union Mark, LeAnn, and Merriann were born. Robert and Marjorie lived on a farm by Lansing Corners for over 50 years. After Robert’s death in 2005, she moved into the Chauncey Apartments. She enjoyed seeing Merriann at Chanhassen Dinner Theater in many musicals, Mark giving his dad flying lessons on Father’s Day, and his special prime rib, traveling with LeAnn later in life and spending time with her beloved granddaughter, Alysen. In her earlier years she was a member of St. Michael’s Lutheran Church in Waltham, and later joined Grace Lutheran Church in Austin. Marjorie will be dearly missed by all who knew and loved her.

The family would like to thank the staff of Brookdale Champlin and Moments Hospice for their extraordinary, loving care of Marjorie this past year. After a private interment, we invite all who would like to join us in a celebration of Margie at 11:30 a.m. on Saturday, March 9, 2019 at the Worlein Funeral Home Chapel with Pastor Patrick Ziems officiating. Visitation will be held for one hour prior to the service. Interment was in Oakwood Cemetery, Austin. Services are prearranged and performed by Worlein Funeral Home of Austin.

To order memorial trees or send flowers to the family in memory of Marjorie Gleason, please visit our flower store.