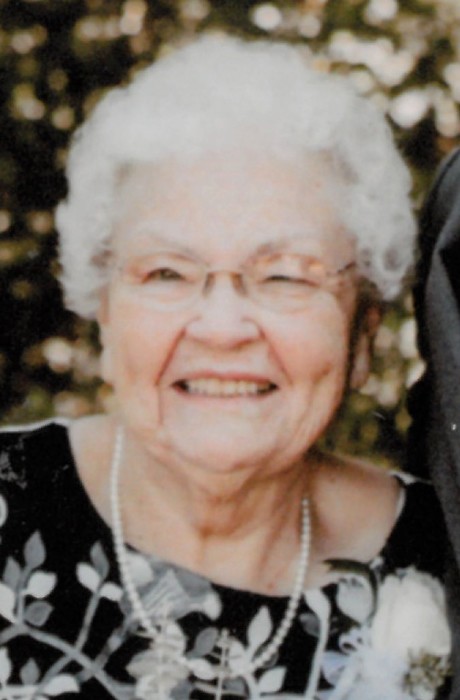 Marilynn Grace Fiebiger, age 89 of Blooming Prairie, Minnesota, passed away Thursday, April 2, 2020, at her residence surrounded by family.  On September 9, 1930, Marilynn was born to Joseph & Irene (Lola) Lynard in Blooming Prairie, Minnesota.  She attended Blooming Prairie High School, graduating in 1948.  Marilynn received her Teacher’s Certificate from Austin College. On August 20, 1952, Marilynn married the love of her life Frank Fiebiger.  They loved to dance and could be found at the Terp, Zeiner’s, or Monterey Ballroom every weekend.  To this union were born six children.  They raised their children on the family farm 5 miles east of Blooming Prairie.  Prior to marriage, Marilynn taught at two different one room country schools.  She worked 40+ years part-time during tax season at various tax offices and helping her husband on the farm.  She loved being a homemaker and taking care of her beautiful family.  Marilynn was an active member of St. Columbanus Catholic Church in which she served on several different committees and leadership roles.  She enjoyed spending time with her family including attending her grandchildren’s sporting, school and life events & her annual mother/daughter trips; enjoyed her coffee dates with her friends; playing cards and bingo; and traveling adventures throughout the world.

On Saturday, April 4th, interment was held at St. Columbanus Cemetery.  A celebration of life will be planned for a later date.

To order memorial trees or send flowers to the family in memory of Marilynn Fiebiger, please visit our flower store.