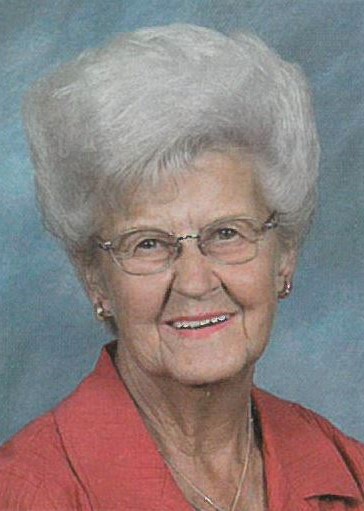 Marian M. Tollefson, age 91 of Austin, Minnesota, passed away Wednesday, March 17, 2021, at Good Samaritan Society – Comforcare in Austin. Marian Mildred Fischer was born July 25, 1929, to Erich and Reta (Clayton) Fischer in Waseca, Minnesota. She was baptized and confirmed at St. Paul Lutheran Church in Waseca. Marian graduated from Waseca Central High School in 1947. She married the love of her life, Gene Tollefson on February 3, 1951 at St. Paul Lutheran Church in Waseca. Marian’s first job was working as a bookkeeper for Western States Utility in Waseca. After she married Gene, the couple engaged in farming. In 1955, they then moved to Austin, Minnesota, where Gene got a job with Hormel Foods and Marian worked for nearly 30 years at Zips Neighborhood Grocery. There was not a child in the neighborhood that Marian did not know their name. She loved traveling with friends and was always the first to say, “Let’s go to the casino!” Some of her favorite past times were taking trips up north and especially trips to Hawaii. Marian loved her family dearly and would do anything for them. She will be greatly missed by all.

To order memorial trees or send flowers to the family in memory of Marian Tollefson, please visit our flower store.