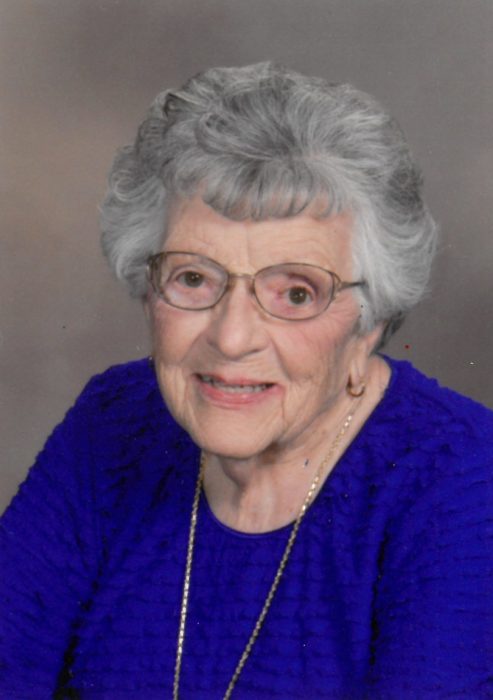 Marian (Mary) Siegfreid, age 94 of Austin, Minnesota, passed away at her home on Tuesday, December 17, 2019 after a 7 month battle with ovarian cancer.

Mary was born September 12, 1925 on a farm in Big Grove Township in Benton Country, Iowa. She was the daughter of George and Elsie (Hanneman) Schueler. Mary was baptized into the faith of the Lutheran Church Missouri Synod at her home on October 4, 1925. She was confirmed March 17, 1940 at St. Andrews Lutheran Church, LCMS in Van Horne Iowa.

Mary attended country school for 8 years and graduated from Vinton High School, Vinton, Iowa in 1942. Upon completion of high school, Mary attended Cornell College in Mount Vernon, Iowa and graduated in 1946 with a degree in Sociology. After college, Mary moved to Austin, Minnesota, where she was employed as a social worker for Mower County from 1946-1953. It was during that time that she walked into Austin State Bank on business and met her future husband, Melvin, an employee of the bank.

On June 29, 1947, Mary was united in marriage to Melvin Siegfreid at St. Andrew’s Lutheran Church in Van Horne, Iowa. This marriage was blessed with two children, Dale in 1954 and Gale in 1957. In 1973, Mary returned to work as a Financial Worker for Mower County Social Services. She worked there until her retirement in 1989.

Mary was an active member of St. John’s Lutheran Church in Austin where she served on many committees. She also served on the board of the Austin Artist Series and AAUW. For the past several years, Mary had been volunteering at Banfield School. She was very proud of volunteering and looked forward to being there every week.

Mary’s faith was very strong. Her belief in her Savior Jesus Christ carried her through this most difficult journey as well as many years of severe and debilitating back pain.

The family would like to thank the many friends who spent time with her and cared for her during her illness. A very special thank you goes to Heartland Hospice specifically Elisha and Lisa. The love and care they showed will never be forgotten

A Memorial Service will be held at 11:00 a.m. on Saturday, January 11, 2020 at St. John’s Lutheran Church in Austin. Visitation will take place one hour prior to the service at the church. Interment will be in Grandview Cemetery, Austin. Memorials are preferred to St. John’s Lutheran Church in Austin. Worlein Funeral Home of Austin is assisting the family with arrangements.

To order memorial trees or send flowers to the family in memory of Marian Siegfreid, please visit our flower store.