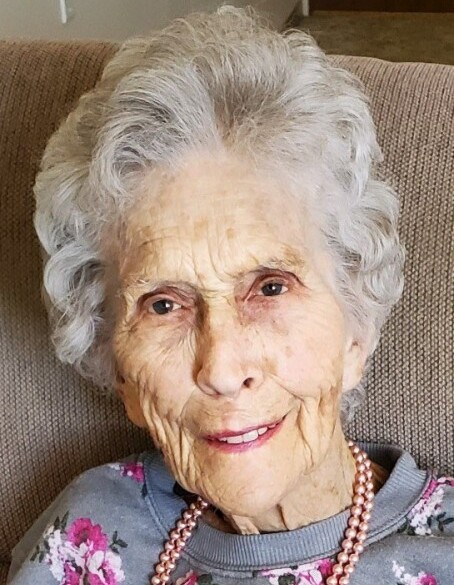 Margery A. Ilk, age 92 of Blooming Prairie, Minnesota, passed away peacefully on Wednesday, December 16, 2020 at The Cedars of Austin. Margery Ann Olson was born April 26, 1928 in Hector, Minnesota, the daughter of Henry and Edla (Ahl) Olson. On June 30, 1947, she married Richard J. Ilk in Hector, Minnesota. The couple moved to Palo Alto, California where Richard worked as an Aeronautical Engineer. In 1949, they moved to Blooming Prairie, where Margery mainly stayed at home to raise their children and helped her husband with bookwork at their gas station, the Elk Oil Company. In later years she worked alongside her husband as a receptionist at H & R Block. In addition, she worked as a cook and server at the Blooming Prairie Serviceman’s Club. Margery’s faith was very important to her and was a devoted member of the United Methodist Church in Blooming Prairie. Margery was a leader with the Girl Scouts, active in the American Legion Auxiliary, was an Election Judge, loved getting together with her lady friends for Bridge Club; she was an avid golfer and had a great time playing golf every Tuesday on Ladies Day at the Blooming Prairie Country Club, where her proudest accomplishment there was a hole-in-one.  What fun she had!  Her hobbies included, cooking, knitting, and hardanger embroidery. She especially loved flowers and planting them. Some of Margery’s favorite pastimes were going to auctions, garage sales and collecting antiques with her husband, Richard. She was the best Mom, Mother-in-law, Grandma, Great Grandma, Sister, Sister-in-law, Aunt, and of course, THE BEST COOK!

Margery will be buried beside her husband in Fort Snelling Cemetery, Minneapolis, Minnesota at a later date. In lieu of flowers, if you choose to send a card to the family, please include your favorite memory of Margery. Charitable contributions are the donor’s choice. Worlein Blooming Prairie Funeral Home in Blooming Prairie is assisting the family with arrangements.

To order memorial trees or send flowers to the family in memory of Margery Ilk, please visit our flower store.